Statement by Dirk Bader, Member of the Landgard Board of Management

The entire German economy and population are suffering from the sharp rise in the cost of energy and raw materials. In parallel, high inflation, rising energy prices, and a general sense of insecurity due to the war in Ukraine have led to a noticeable reluctance to consume among consumers. All of this is also having an impact on the member companies of the Landgard producer cooperative. In addition, especially in the fruit and vegetable sector, harvests are down, in some cases significantly, as a result of the recent summer drought in large parts of the country. 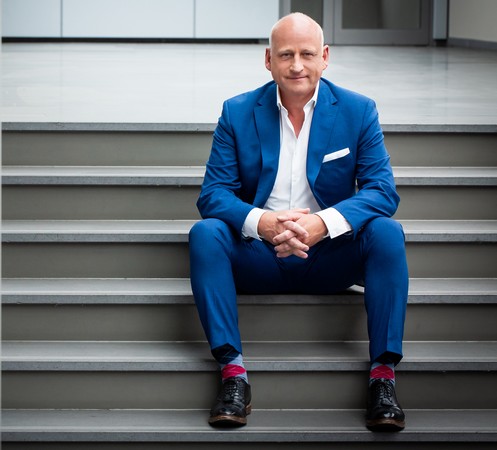 In the production of flowers and plants, the consequences of the current crisis are particularly evident in the energy-intensive greenhouse cultivation of ornamental plants. As in many other sectors of the green industry, the production costs for our growers of ornamental plants had already skyrocketed long before the start of the Russian war of aggression on Ukraine, partly due to a sharp rise in energy prices and the CO2 tax. In addition, there have been massive price increases for packaging, plastic, cardboard boxes and pallets, seeds, pesticides, and fertilizers, as well as enormous increases in transport and freight costs due to the lack of freight space and drivers.

With energy costs continuing to rise at an incalculable rate, the situation could come to a head. Already, the combination of immensely increased production costs on the one hand and reduced demand due to consumer restraint, on the other hand, means that our member farms are no longer achieving the prices that would be necessary to compensate for the increased costs and maintain their operations. As a result, family farms, some of which have been established and successful in horticulture for generations, tell us of existential fears and a lack of prospects.

Production adjustments on the farms
Regardless of the green sector's appeals to politicians for support, the farms are naturally, first and foremost, trying to adapt their production and develop their own strategies for dealing with the current situation. The approaches taken by the companies vary and include the complete or temporary production stop of energy-intensive crops as well as the targeted reduction of quantities and other accompanying savings measures such as an investment stop for certain horticultural products.

Flowers and plants as valuable cultural assets
The various approaches show that our member companies are leaving no stone unturned in the current crisis to adapt their production and make it more crisis-resistant. In doing so, they are also concerned with continuing to supply the market and consumers with flowers and plants that are produced with passion and heart, and soul.

The fact that flowers and plants have a great intangible value for our society as a cultural asset has been more than clearly demonstrated in the first two Corona years, 2020 and 2021. The retreat into the privacy of one's own apartment or house associated with the various lockdowns, together with the temporarily restricted travel options, led consumers* to become even more intensively involved with flowers and plants and to use them to specifically embellish their own living environment. This also made these phases at least somewhat more bearable for many people in Germany.

Flowers and plants as a climate factor
In modern urban planning, green infrastructure is becoming increasingly important, not least for reasons of climate protection. Trees, shrubs, hedges, flowers and meadows make our cities more attractive and livable. Greenery in the city regulates the temperature, purifies the air, and thus has a positive effect on the urban climate and on health. It also makes an important contribution to species conservation because greenery in the city provides habitats and food sources for pollinating insects, for example. In addition to parks and green spaces, green architecture is increasingly being used to create green facades and roofs. So it is only logical that policymakers should take more vigorous action against private gravel gardens. After all, areas where stones are piled up heat up faster, and the cooling effect that garden plants have on the surrounding area is lost. At the same time, rainwater cannot seep away on sealed surfaces, which encourages the soil to dry out.

Urgent need for policy action
To ensure that the flowers and plants we need now and in the future - in private and public spaces, for beautification, and for climate protection reasons - can continue to be produced in Germany, horticultural businesses need support from politicians now in the crisis.

We, therefore, support the demands of the German Horticultural Association (Zentralverband Gartenbau) for far-reaching and targeted ad hoc measures that go far beyond the measures summarized in the German government's third relief package and help the businesses to secure their existence. Only in this way will businesses be able to invest again in the medium term in the generation of electricity and heat from renewable energies, thereby becoming more independent of energy price developments.

The fact that an energy turnaround must come in order to say goodbye to fossil fuels is undisputed. Many ornamental plant companies have already initiated this process and invested in their operations. This development must not be allowed to come to a standstill now. German ornamental horticulture is an important part of our society, which is why we now need the support of politicians in order to overcome the current situation together.

Every crisis also offers the opportunity for change and further development so that we can emerge from the situation strengthened with new perspectives and opportunities - and allow ornamental horticulture to continue to flourish.