Almost 50 years after the delivery of the very first Mayer TM 1010 potting machine, the 4,000th TM 1010 has now been produced, delivered, and successfully installed at the customer’s site. 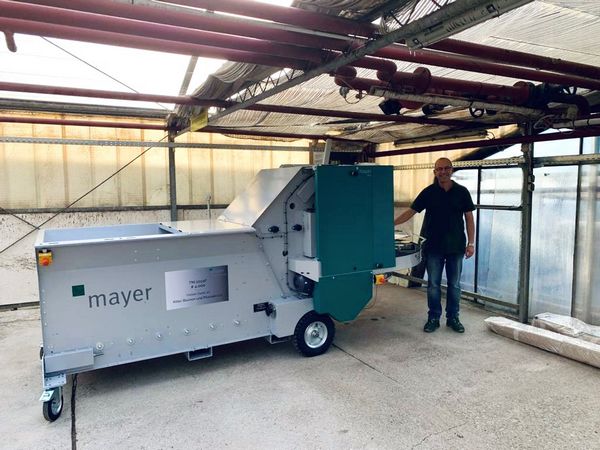 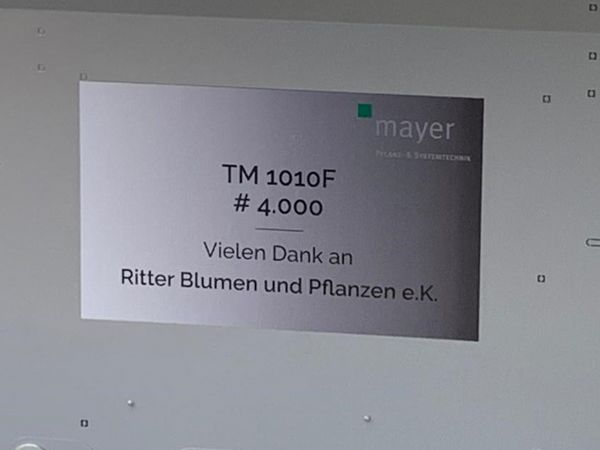 In 1974, the first TM 1010 was developed, manufactured, and delivered by the Mayer company in Heidenheim, Germany. Since then, this machine has been considered the heart of the portfolio and still plays a central role in the horticultural world. Due to its versatility, variable options, and high hourly and annual output, many gardeners have opted for this potting machine over the decades.

The TM 1010 was the first machine with a jerk-free turntable drive, and this has since been implemented in all Mayer machines with a round turntable. The positive features of TM 1010 have been continuously improved in the further course. When the mandatory CE standard was introduced in 1985, the machine constantly received new updates to comply with the respective valid safety regulations.

At the beginning of 2004, the potting machine received its biggest “facelift” to date. The control system was electrically revised and equipped with frequency converters for the infinitely variable speed regulation of the turntable and elevator, and optionally also for the drill and the conveyor belt in the earth bunker. In the course of this, the model designation was changed to TM 1010F. 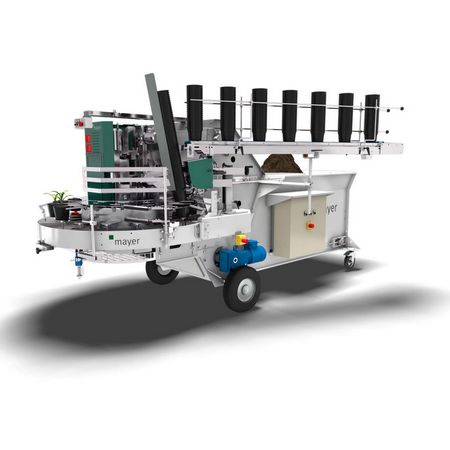 Advantages of the TM 1010F at a glance: Turntable in a smooth circular system (T-16 or T-8) Centered planting holes
Central adjustment of pot sizes for round and square pots Separate, infinitely mechanical control of turntable and elevator Single-stage drilling motor with left and right-hand rotation Tak-off 180° around the turntable possible Compatible with prevailing automation systems Conveys soil without harming its structure Open soil hopper for different filling methods Safety standard conforms to the latest EC guidelines Efficient work thanks to intuitive operation.