Floriday, the digital platform for the Dutch flower trade, is gaining traction. During the first FloriDAY Event, organized by Royal FloraHolland in Naaldwijk, that much became clear: 1373 active users and 3000 accounts.

Aad van den Enden was the first speaker. Aad took the well over five hundred attendees on a journey back in time. The 1980s, for example, when the first steps towards the digitalization of the ornamental cultivation industry were taken by introducing the digital clock. 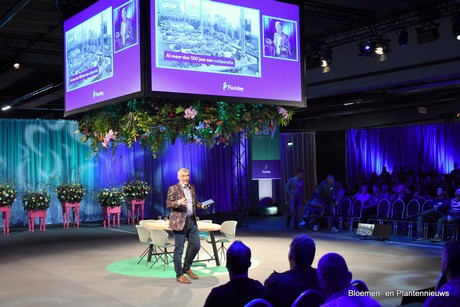 The auction has since then only grown, and there are multiple big auction halls in the Netherlands. But are the physical buildings still needed? No, is the first reaction when talking about going digital. But one way or another, the flowers and plants need to find their way from the grower to the customer, and this way seems to be a physical one. Just look at all of the trucks at the auction hall. Looking at it this way, most people will say it is good to have a physical building anyway, but this doesn’t take away from the fact that most auctions now take place ‘at a distance’. Buyers more likely than not will find themselves sitting behind their computer instead of in the auction hall. Over 85 percent of the clock transactions are digital, which is over 5000 connections.

The stagnation is over
After Aad, Herman de Boon, Maurits Kreijveld, Edwin Erwich, and Jefry van der Hoeven got the chance to shine their light on the current situation. Herman said that for about ten years, stagnation has been occurring, but that now the focus has resumed, and with that supply and demand will be connected together again in Floriday. The infrastructure needed for this, which took a long time to build, is now ready.

With that, in the long run, Floriday might even be able to grow to become a worldwide platform, although this would require specific new rules, as the gentleman at the table commented. It would also mean, for instance, extra costs for non-members and certain privileges for growers and buyers that are members. 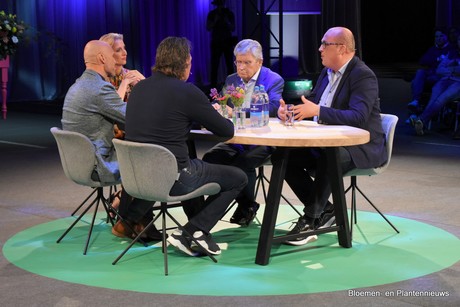 Certification for physical quality
Right now, it seems it is mainly vital to not rush into things. Digitalization is not an easy process. Challenges and perplexities are a dime a dozen. For instance, physically controlling the products. How will that go when everything is digital? Even now, not many buyers actually take a look inside of the carts. The word ‘certification’ came up, but not everyone was as enthusiastic about it, to put it mildly. A real ‘solid’ solution is not yet in play.

How to guarantee a good price?
The crowd was participating as well. One of the questions that was asked was how a grower can make sure he gets a good price for their product, which is, of course, an essential point. In Floriday, buyers can see all of the supply and suppliers. The growers don’t have this. So, a grower that asks more than the rest, even without him knowing about the other prices, can miss out on a lot of sales.

Anticipating this, the Insights app has already been developed. The app advises the suppliers on the price they can ask for their product based on a few parameters, knowing the supply offered by colleagues and data regarding pricing over specific periods. The app is there to ensure that there is fair competition among growers in the system. 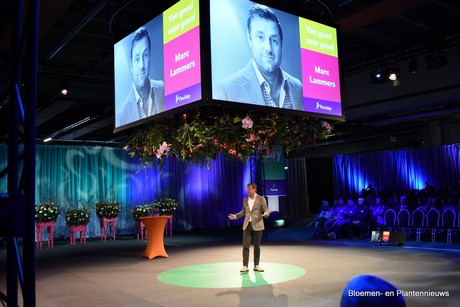 Data security
Another question that was asked was, of course, how all of that data and all the information of growers and buyers will be protected. A sensitive topic, but according to Jefry, one that is already being taken into serious consideration. The data and information will be handled with the utmost care. It is up to the growers and buyers to have faith in that, although, chances are that with the expansion of the system, more parties will have ‘no other choice’ than to participate in it.

At the end of the afternoon everyone, now well informed – although according to some there was too much ‘repeating’ going on, could go for a drink and some food. All in a physical auction hall, stronger together, even in times of digitalization, where physical contact is being replaced more and more with communication via the internet. 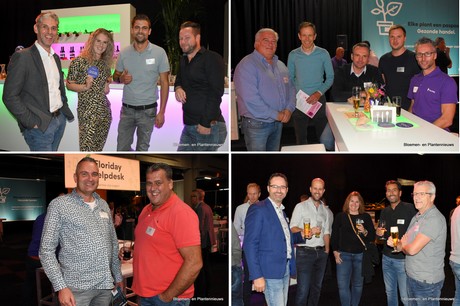