For the efficient processing and delivery of young plants, Jörgen Valstar, director of Valstar Young Plants b.v. from Maasland, was looking for a partner who could think along the same lines with the complex logistics of these processes. Jörgen Valstar: “In the preliminary phase I spoke with 3 parties about this project, but actually the other parties did not really understand what exactly our wish was. Martin Stolze b.v. did understand and they were thinking how it even could be done better. They are just skilled people who understand the game." 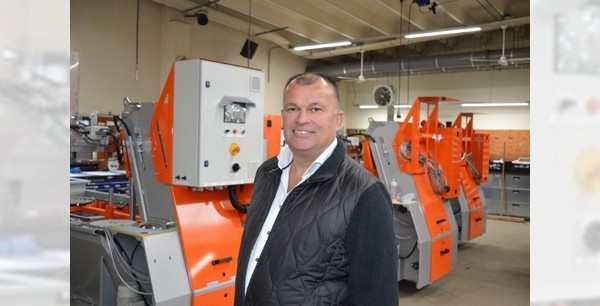 Valstar ultimately opted for a system where the trays with the young plants are transported, distributed and buffered on a network of conveyor belts. The system is controlled at PLC level, whereby the identity of the trays is secured with QR codes on the tray.

The operation of the system
The process starts with applying and checking the QR code on the tray. After the tray is filled with paper pots, the cuttings are inserted. The QR code of the tray is automatically linked to the type, insertion date and employee via the workplace. In addition to the required information for control (determining the destination), the information, stored in the QR code, is also the basis of an extensive registration system.

When, after the cuttings have been inserted, sufficient trays have been collected in one of the buffer belts of the return buffer, they are placed on a cultivation container by means of a parking robot. The information from the trays is transferred to the container and secured in the software system of the container system and an external database. 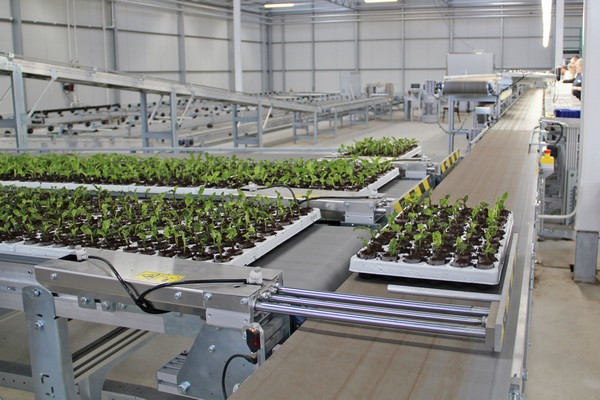 If after some time the plants have to be sorted, the logistics system from Martin Stolze b.v. receives the trays and the associated information again from the container system. When sorting, the plants are individually assessed and sub-divided into four classes. The trays are collected on the buffer belts per sorting and placed back on the container in the desired order.

In two parts
An ingenious system has been devised for processing the cuttings. Because the system is split into two parts, it is possible to process several varieties simultaneously and to add them later by type. This improves the capacity.

An additional challenge was that the plants also have to be sorted by age, which in turn results in a number of extra grading classes. By means of buffer space on the roller conveyors and the conveyor belts of the cutting-insert system and the control system, the correct trays are ultimately found together in the right order and collected in the buffer. As soon as there are sufficient trays in a buffer belt for one full container, the trays are placed back on the container.

For the last operation, a system is provided with which the trays with young plants can be delivered. For this they are placed on a long conveyor belt where the correct trays can be taken off. The remaining trays can be returned to a container via the return buffer. 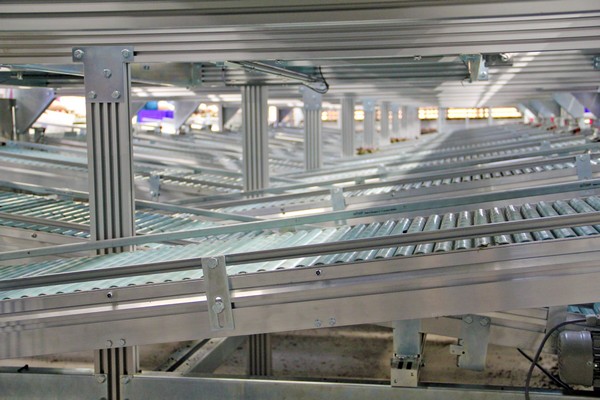 All trays are registered in the system using the QR code. Because all processes run simultaneously and interchangeably, the QR code is necessary to recognize the correct tray. The date, the employee and the duration of the actions are recorded automatically in all processes. This information is passed on to a controlling software package with which various analyzes can be performed.

Finishing
Jörgen Valstar: “The line itself is a good logistics system that offers many possibilities for us. In addition, it is great to work with a company like Martin Stolze again. In the past, we have also done a few projects together which shows that they have a lot of knowledge. They think along the same lines and are unburdening, ideal! Certainly with a custom project like this.

The success of the project depends on the finishing. The system is only good if the last 5% is also good. The great thing about Martin Stolze is that they choose the right materials of good quality. This makes it easy to maintain and is durable. In short, it's just been thought through well. We are happy with the system!”