In 's Gravenzande (the Netherlands) two brothers, Lex and Matthieu Barendse, established a climate chamber in which, under LED lighting and fully conditioned circumstances freesias are grown in a three-tier system. The brothers are past the experimental phase, the first stalks have been harvested. Although there is room for improvement, the system definitely works. We got an insight into the company, where last Friday the annual freesia trials from Van den Bos were held. 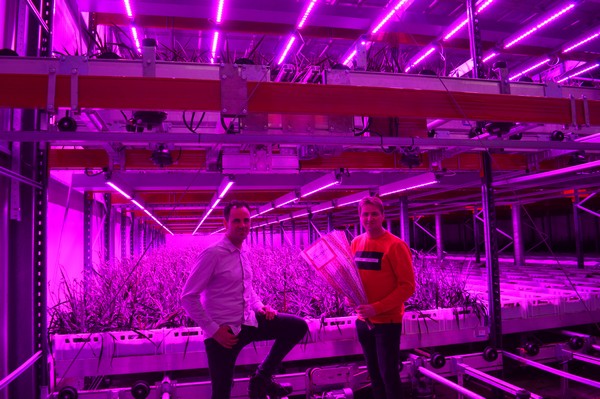 Lex and Matthieu Barendse in the climate chamber with the Freganzia

It's really something else, it isn't comparable to the usual freesia cultivation, states Matthieu. "Usually one bulb is enough for a few stalks and the harvest of cormlets, which are then prepared and replanted. Here, we take the whole plant, bundle the stalks and plant new bulbs." 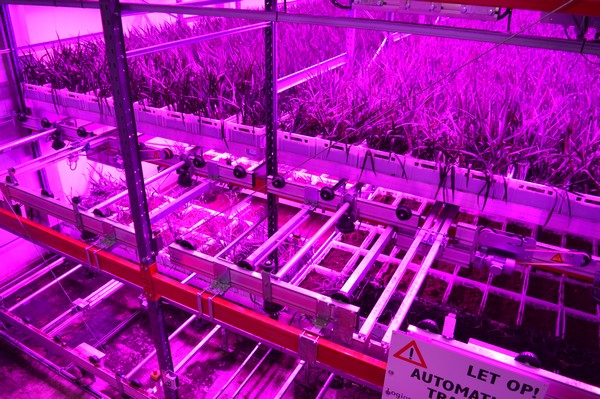 One bulb usually lasts half a year for a grower. Here, it only lasts for ten weeks. That's why not every freesia variety is suitable for this system. At the moment, only the Fraganzia from Van den Bos can be used. On the other hand, there are some unique selling points: the cultivation is fully controlled, no crop protection is needed and the grower has the same amount of stalks throughout the year with the same quality. There is no other like this on the market, and that's why Barendse is going to sell all 500,000 stalks that are supposed to be grown each year, at the auction. The multilayer cultivation system is something totally different which isn't going to replace the soil cultivation, but it can certainly generate its own niche. 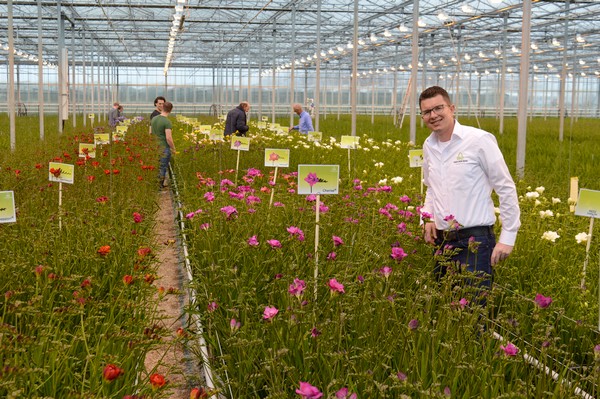 There are not many freesia growers, but it's a world of its own. Throughout the years the flower has been improved by breeding and the cultivation has been professionalized. With the correct lighting the flower is available all year round, but the amount of growers keeps decreasing. The investments that are necessary for a higher production and a heavier quality are high. There are also growers who choose not to participate in this rat race, they don't have the lighting or the most fancy greenhouse, perhaps not even a year-round product. Some choose to combine the freesia with other products and still make a living because their input costs are lower. 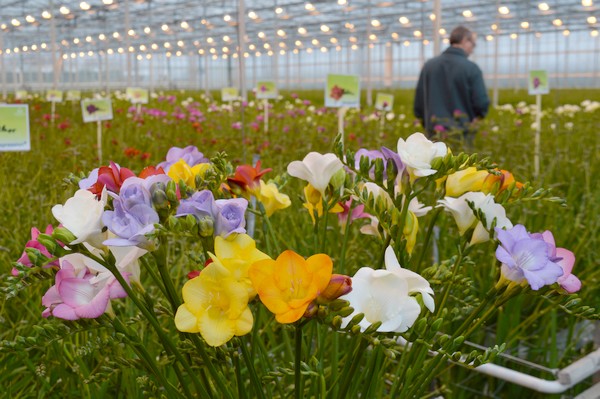 The three-tier cultivation system at Barendse is very new. Fellow growers, installers and suppliers follow it with great interest. The design looks a lot like the high-tech cultivation spaces like you see at some tulip growers or innovative potted plant growers, but it's a first in freesia cultivation. This crop has its own requirements regarding water and lighting, so it's new for all sorts of companies and people. 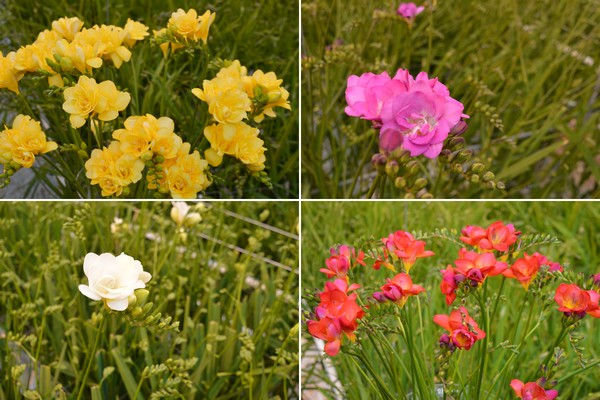 Around this time, every year, Van den Bos, and also Penning and Hofland, organise their freesia flowering trials. These three companies account for most of the freesia breeding in the Netherlands. Several new varieties are added to the current assortment, in which the growers get to judge them based on growth and flowering.