Bosman Van Zaal’s new factory is filled with modern machines and is part of the implementation of Industry 4.0 at the company in the Dutch town of Aalsmeer. In the series #BVZIndustry40, the machines are introduced one by one, in which the RoboRobin is front and center. The RoboRobin is a bending cell with a press brake that can function completely unmanned and work through the night. 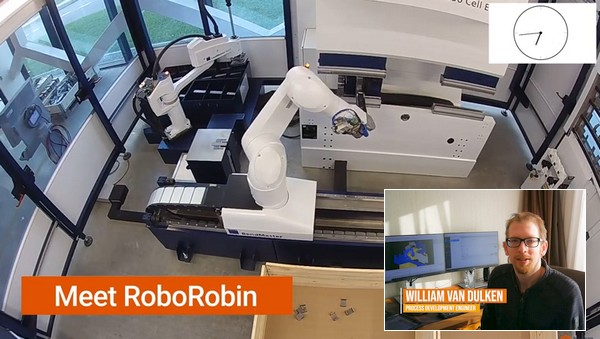 Unmanned
Industry 4.0 stands for a new way of working based on the integrity of digital, combined with technological developments, thus blurring the borders. In a Smart Factory, robots, cloud-driven-work, and data-integration are present, making it possible to work 24/7 without the need for human labor.

Or – through the use of, for instance, a tablet – controlling the entire machine park from a distance. Bosman Van Zaal has such an Industry 4.0 production facility at their head office in Aalsmeer.

The first two
“We are incredibly proud of the results we achieved with the implementation of our machine park. By now, two machines work successfully unmanned, and we are implementing two more.”, says Arjan Kok, CTO at Bosman Van Zaal.

The press brake, RoboRobin, is fully operational and can work throughout the night. The machine is used for edging sheet metal to be used in, among other things, greenhouses and logistical cultivation systems such as containers.

Keep on going
William van Dulken, Process Development Engineer, is intensively involved in the implementation of Industry 4.0 within Bosman Van Zaal. “During this time of working from home, we notice how essential it is to have modern applications in your factory. Even now that I am at home, I can monitor what the machines in the factory are doing and help operators to control the machines in the right way. Thankfully, because of this, work can keep on going!”