They might not feel it, but since April, the entire production facility, including office, runs on self-cultivated solar energy. "When you see 2,700 self-installed PV panels covering our entire roof, you just have to feel proud," says Eddy Duijn, Manager Water & Electrical Systems. All solar panels on the roof were installed and connected, at speed. "We generate electricity in a cheap, sustainable and environmentally conscious way."

At the beginning of April, the finishing touches were put on the electrical connection of the 2,700 solar panels on 12,000 m2, the size of the complete roof of our head office in Aalsmeer. The solar panels have been mounted on the roof in East-West orientation in order to achieve the best possible efficiency of the PV-installation.

This was done entirely in-house by the people of Bosman Van Zaal with the help of colleagues from VDH Foliekassen. Bosman Van Zaal electricians connected the panels. The first 120 solar panels were put down in January 2019. At the end of February 2020, the construction of the second phase, consisting of 1,008 PV panels, began. 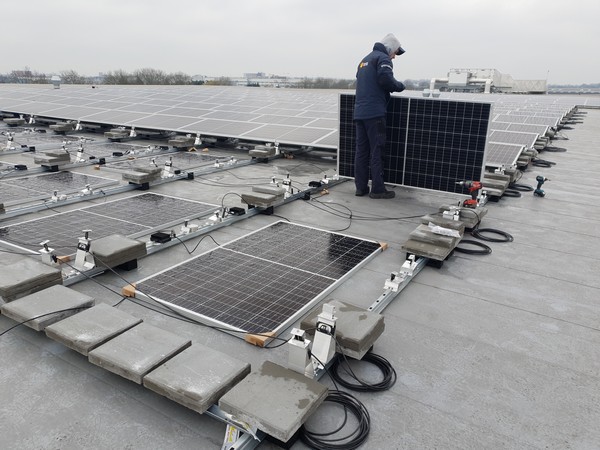 Phase 3, consisting of a further 1,512 PV panels, was carried out immediately afterwards. These panels have now also been assembled and are electrically connected. With the commissioning of the entire PV installation, the entire production facility, including the office, now runs on the energy generated by ourselves. In four weeks time, with icy cold, hail and wind alternating with sunshine, they have all been put down, electrically connected and put into operation. 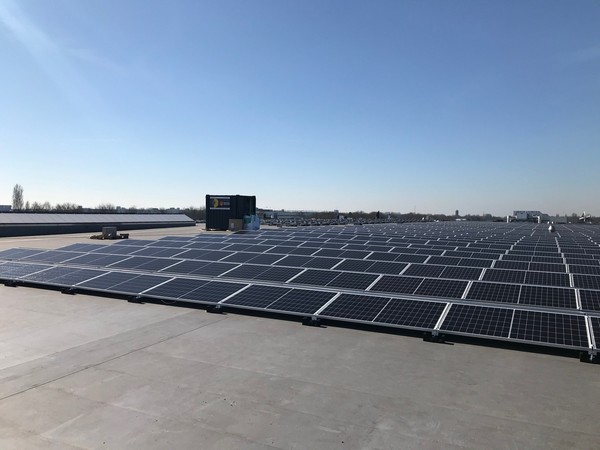 Why solar panels?
"Generating your own energy using solar panels is a sustainable way of generating energy. Bosman Van Zaal is taking a step towards a fossil-free Netherlands. Fossil fuels are running out and there is plenty of sunlight. It also limits global warming. So we are generating sustainable and environmentally conscious energy. And it's cheap electricity too," explains Eddy.

"The installation of the solar panels on our own roof is a good example of what we at Bosman Van Zaal are capable of. We carried out this project under our own management from start to finish, so from engineering via installation to commissioning, everything was carried out by BVZ colleagues.

When you see a roof full of more than 2,600 PV panels, you just have to be very proud. And if you add to that the fact that we have found a cheap, sustainable and environmentally conscious way to generate electricity, it's absolutely beautiful!