Oasis Horticulture on how they've learned from major fire

Learning from the past and preparing for the future

The nursery industry is vulnerable to natural disasters. Locations on the outer fringes of cities, on flat land near rivers means that the risks will always be present. But there are some steps that nurseries can take to mitigate the risk to their operations. Oasis Horticulture, with sites in New South Wales and Victoria, is one nursery that has invested time and resources in reducing this risk as much as possible.

Oasis Horticulture is one of Australia’s largest producers of bedding plants with a selection of more than 600 varieties of flowers, vegetables and herbs. The business also has a large portfolio of potted crops including chillies, cyclamen, tulips, geraniums, poinsettias and chrysanthemums.

The company has been hit by two significant fire events in the last 20 years, both at its site in Yellow Rock in NSW’s Blue Mountains. The material impact of the most recent disaster in 2013 was significant, resulting in major disruptions to operations, and a significant insurance claim.

Since that last major event, one of the core priorities for CEO David Jakobs is building a comprehensive strategy around risk mitigation, building resilience in the business and ensuring business continuity. As with any major business activity the first step is often the hardest, but according to David the task becomes much more achievable once an initial audit had taken place. 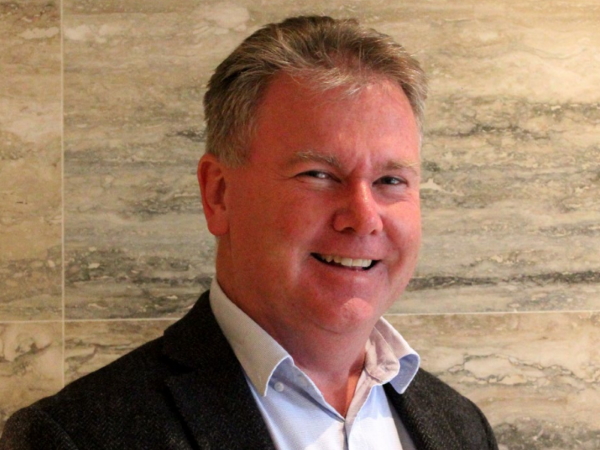 “Our initial audit taught us a lot about our business, about where our vulnerabilities were and what our strengths are as a business. Perhaps most importantly, we wanted to identify what we could leverage to increase future resilience. The activity highlighted what areas we needed to focus on in the short, medium and long term,” David said.

Oasis partnered closely with its insurance broker throughout the initial audit process and developed a Business Continuity Plan (BCP) that clearly documented actions and steps prior to and post a significant site interruption linked to a natural catastrophe like fire, flood or wind events. The primary objective of this document was to ensure that the business had adequate plans in place to provide continuity of supply to its customers in the event of a significant interruption to any critical business processes. This process framework that not only put the business in a good position to ensure resilience for future events, but also put downward pressure on future insurance premiums.

The business now repeats fire safety audits at least annually. The site boundary – which backs on to dense bushland – is checked and cleared when and where necessary. Dead or excess material around the site is removed, limbs of trees that are close to important structures are cut, gutters and the underside of buildings are cleared, any potentially flammable materials are removed from all areas close to buildings and importantly, the capability of staff to deal with potentially catastrophic events is checked via regular site drills.

“In the lead-up to the fire season we have at least 1- 2 fire drills a month, which may seem like a lot but it’s effective and also important. There’s no use trying to train someone on what to do when a fire is approaching, or even in the days leading up to a potential catastrophic event. Site safety is a critical part of our weekly toolbox talks and very much a part of our business ethos. We have an OH&S manager who reinforces safety in everything we do,” he said.

In November 2019, a catastrophic rating was declared for much of New South Wales. This gave the Oasis the opportunity to put into action some of the plans it had devised as part of its audit and documented via its policy and procedures.

“The first thing we did was reduce our headcount for the day. Normally we have 70-90 staff on site, so we reduced that number down to about 25 for the day. All core activities that needed doing were done early in the morning, with only a handful of staff remaining onsite after mid-morning. We also held a drill that morning, to reinforce to staff the potential severity of the conditions +40-degree temperatures and high wind, we located pumps near key dams, filled mobile water tanks checked fire hoses and ensured all safety equipment was ready, we were prepared if a fire occurred,” David said.

Ultimately, ensuring your business is resilient in times of danger comes down to a few basic things: Solid processes good preparation and effective communication. By devoting time and resources to our BCP and conducting annual audits developing subsequent policies and checklists, and then ensuring all staff are aware of what to do before or during an event minimise business risk, increases staff safety and assists with lower insurance costs. All this increases the likelihood that your business will continue to prosper despite adverse events, as Oasis Horticulture has done.

A levy-funded project, Nursery industry disaster risk mitigation and recovery plan (NY18008). For a snapshot of the outcomes of the Nursery Industry Statistics 2017-18 please refer to Facts at a Glance.