Dwarf heucherella turns out to be giant hit

Originally released for the Fairy Garden trend, this dwarf and purple clumping heucherella is now also finding its way to the mainstream container gardening trend. The heucherella in question is ‘Indigo Frost’, a variety bred by Terra Nova Nurseries and widely introduced in 2018. “Although the Fairy Gardening business and the overall demand for heucherella has slightly decreased in recent years, we are happy that the popularity as a mainstream container gardening plant is increasing,” says Chuck Pavlich, Terra Nova’s director of new product development.

Making it mainstream
Terra Nova did not invent heucherella but certainly made them mainstream, according to Pavlich. "When we discovered how to put colors into the breeding, that is when we had a hit on our hands.”

Solid interest
While wide interest in heucherella and Fairy Gardening have waned to a degree, there is still solid interest in the genus for its unique traits, he explains. "Additionally, while many prefer heuchera for its unusually larger foliage, heucherella and varieties like Heucherella ‘Indigo Frost’ are still used for many small-space gardens, tighter beds and borders, patios, and containers." 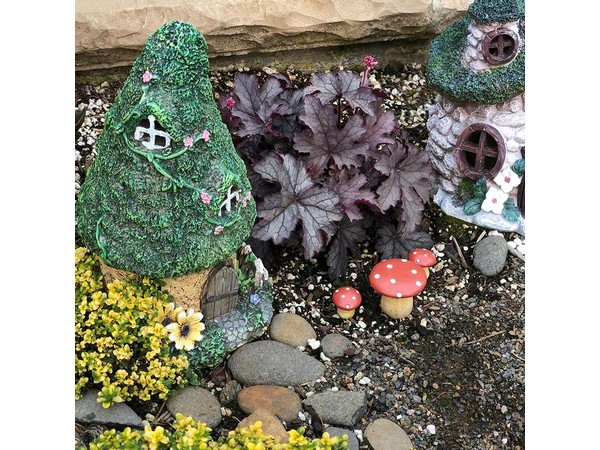 Performance is key
Performance is the key trait in heucherella that growers and consumers value. “Consumers and growers all want the same thing – no problems. Growers like the ease of growth, the novelty of the foliage and the versatility. And gardeners, particularly the ones "in the know," like the fact that the foliage smells just like fresh-cut cucumbers. No kidding! Knock-knock. What's purple and smells like a cucumber? 'Indigo Frost'!”, he jokes. 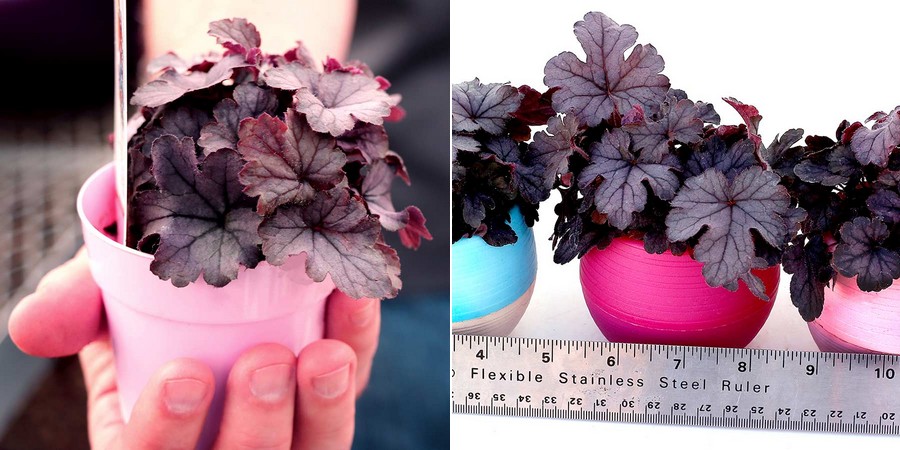 Their first commercial dwarf and purple clumping type
Also for Terra Nova Nurseries, Heucherella ‘Indigo Frost’ holds a special place in their hearts. “It is special to us as it is our first commercial dwarf and our first purple clumping type.” They released it in small numbers in 2016 and then wide-released two years later. “Gully Gardens in Fort Collins, Colo., was chosen as the first launch point for this product. They had a booming and profitable Fairy Gardening business, and we felt they had the right mix of products and buzz.” 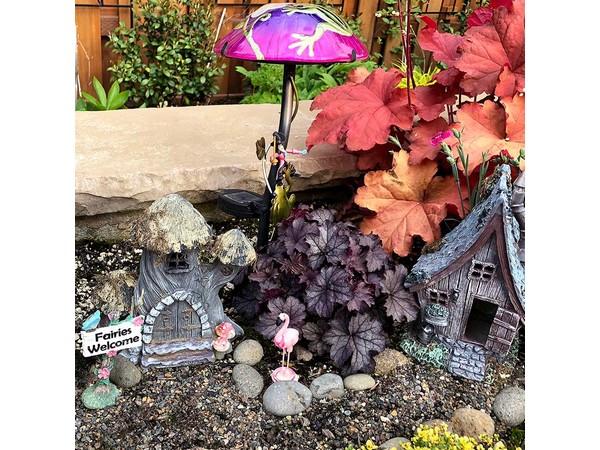 High demand from at-home gardener
Pavlich believes the demand for Heucherella ‘Indigo Frost’ will remain beyond the Fairy Garden trend. “It has found its way to become a mainstream container gardening plant, and due to the high demand from the quarantined, at-home gardener, we believe there will be continued or renewed interest. We receive positive feedback about the variety, so we believe it indeed has a future.” 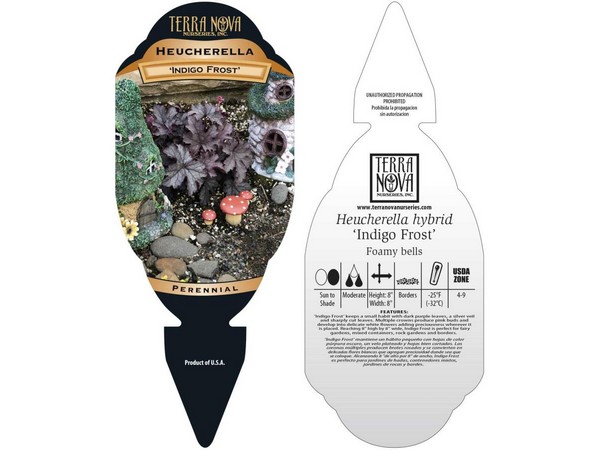 Future for the heucherella
And what about the future of the heucherella? Pavlich: “While heuchera is trending because of its high popularity, heucherella still has a place within the marketplace, and ultimately, in the garden and landscape. We are actively breeding these genera and adding features that really only Terra Nova can bring. So stay tuned.”