"It was love at first sight with this variety"

"The strong yellow color contrasting with the dark green leaves." It made Eduardo Letort, owner of Ecuadorian farm Hoja Verde, fall in love with this rose variety instantly and started to produce it quickly after his first 'meeting'. The variety in question is Lighthouse, bred by United Selections and introduced in 2018. But as it's not all about the looks and Letort was therefore pleased to experience a high productivity and disease resistance of this yellow rose at his farm.

Roberto Toscano, Technical Manager of Hoja Verde together with an agronomist of Hoja Verde, in front of Lighthouse.

50ha rose farm
Hoja Verde is located in the Cayambe Valley and in just 13 years, they have grown from 4ha (in 1997) to 50ha. They are one of the few companies to be certified FairTrade and is the first one in the world to be certified “B Corp”. "So with our business model we promote a triple impact: social, environmental and financial."

In the picture: Eduardo Letort 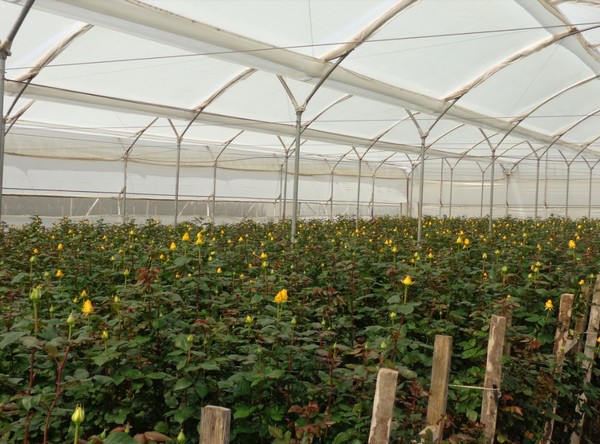 High productivity, disease resistance
At their farm, they grow more than 120 varieties and Lighthouse is one of their latest additions to their assortment. They grow it for a couple of years now and Letort is pleased with the performance of the crop and particularly the productivity and disease resistance. "We are located at an altitude of 2,800 meters above sea level and productivity is above 100 export stems per square meter per year, which for our system is quite good." Regarding disease resistance, Letort notices that it is very resistant to pests. "It has almost no powdery mildew, it is very little affected by spider mites and is resistant to downy mildew, which  affected many varieties this year and Lighthouse was one of the less affected." On top of that he is pleased with the medium-sized stems and the fact that it's growing well under open production. 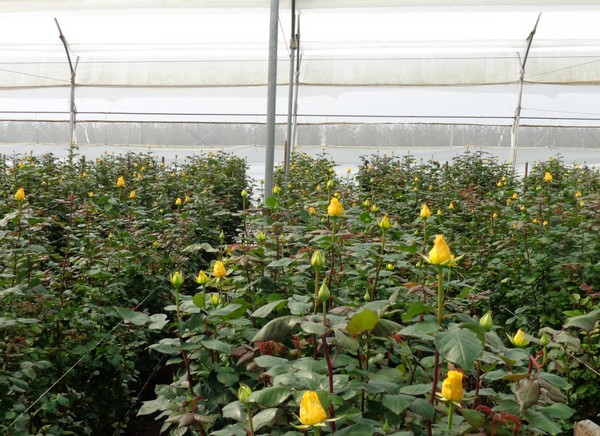 Expansion plans after crisis
Letort is so pleased about the variety that he is eager to increase production when expanding the farm. However, this is not planned for this year but for 2021. "2020 has become a year of consolidation after the terrible crisis we are facing." However, and fortunately, they are doing better than they first expected. "We thought that we will not sell anything for about 4 months, after a drop in sales late March and early April, the markets picked up quite well and now in July we are reaching almost the same level as 2019. Prices have improved due to the reduced offer in the markets."