Hendriksen ready for the future with new building

Dutch cutting supplier ready to get started with new facility

D.J. Hendriksen & Zn BV have had a brand new facility built. The existing building, which father Hendriksen built in 1990, was in need of replacement; everything was outdated and especially the increasing amounts of cuttings, as well as the staff, were lacking sufficient space. Thanks to the builders and suppliers, led by Gert Roseboom of Roseboom Bouwkundig Adviesbureau, an important step for further growth has now been made. 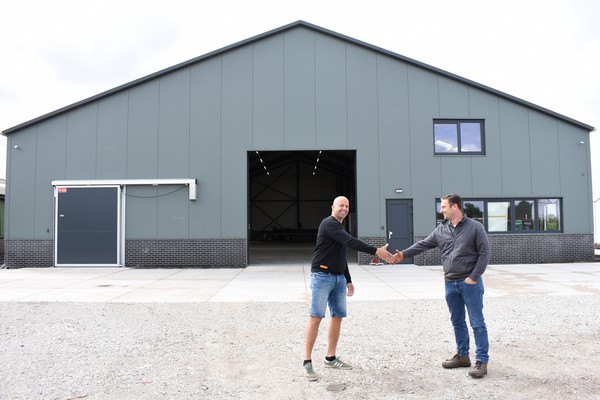 Roots
Hendriksen's roots go back to the early 1970s, when father Hendriksen got a bright idea. Simon Hendriksen, son and current owner of the company, relates. “He was a hippie and wanted to go to India because of the opium there. But the trip still had to be financed and so he thought that he could provide growers with cuttings. He had a good place where he could collect cuttings for free and knew a handful of growers who wanted to pay him for that. And that's how it started; by bicycle to the growers, then his own company - the initial plan soon was shelved - with his own cutting production and warehouse.” 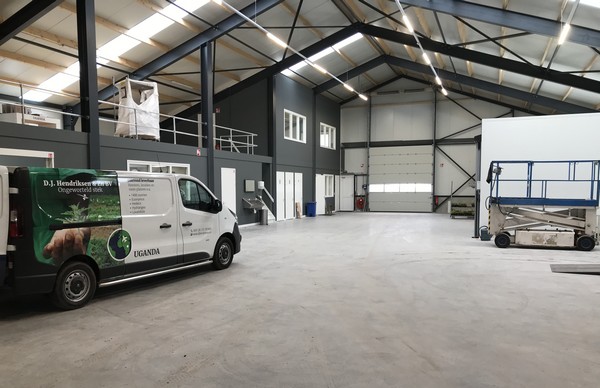 View into the new company area

The new building is, besides being modern and fully equipped, above all a lot more spacious. “We have grown considerably in recent years. This means that we are increasingly processing cuttings for our customers. But we had reached the maximum capacity. The new warehouse is much larger, the driveway is more spacious, trucks can drive in and out much easier and we can store all things much better. If a load with, say, one and a half million cuttings arrives, we will be finished with it in 2 or 3 hours. That used to be double. The cold stores - installed by Van der Laan - are also more spacious and modern, and the climate in the warehouse is also better; we can keep it nice and cool. Moreover, things are now more organized, so you make fewer mistakes. Finally, we now have a modern office that is fully equipped." 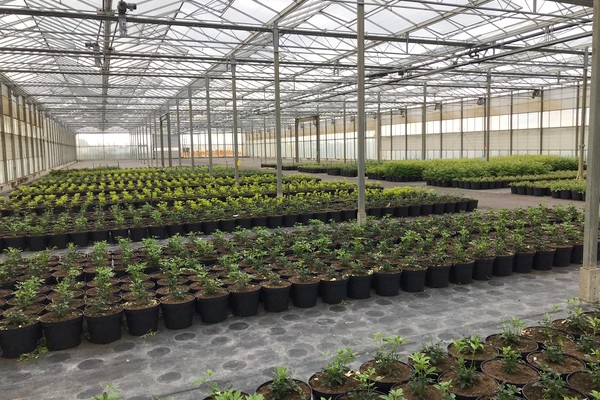 A look in their greenhouse

Simon joined the company in 2003. “At that time we were still fully engaged in the production and trade of winter cuttings. But I had just started when this market collapsed. Within two years we no longer could sell even a single winter cutting. We had to look for other crops, in plants such as boxwood and lavender, and we also had to look for a (literally) better climate. That's how we ended up in Africa. We had a look in South Africa, we looked in Ethiopia, but in the end Uganda seemed the best to us. The climate there is good and stable, and it has greatly increased our options, as well as those of all other players in our market. Previously, for example, we were able to supply lavender in August and September. The customer then had to take cuttings, hibernate the plants and hope that there would be some left over in spring. An average of 30% of cuttings gets lost, with hibernation an additional 10-20%. Now we supply these plants all year round, we can start in week 1, the plant does not have to hibernate, the cutting is much stronger and ultimately 99% is good.” 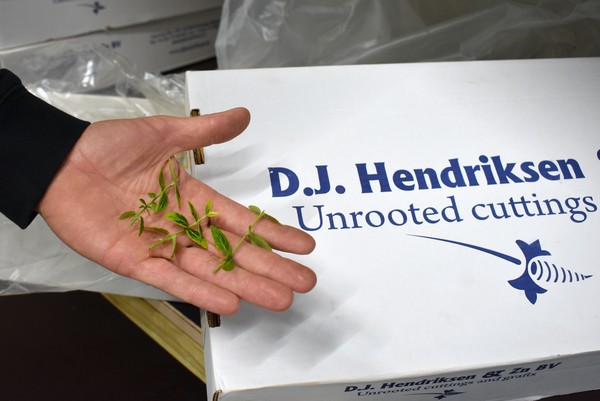 From pile to plinth
Gert Roseboom from Roseboom Bouwkundig Adviesbureau managed the construction, “from pile to plinth”. And to the great satisfaction of Simon. “It is important to have a group that can take care of your things and that has your trust. It is a lot of additional work, and daily business continues as usual. But construction went smoothly and the budget was realistic. In the end we were maybe just one percent off from the original budget; the central heating, the gas connection, that all turned out to be a lot more expensive than expected. In the end, we also went for a heat pump and in the future perhaps for solar panels on the roof. Finally, I must admit, I made a bit of a mistake in the costs of the cold storage.” 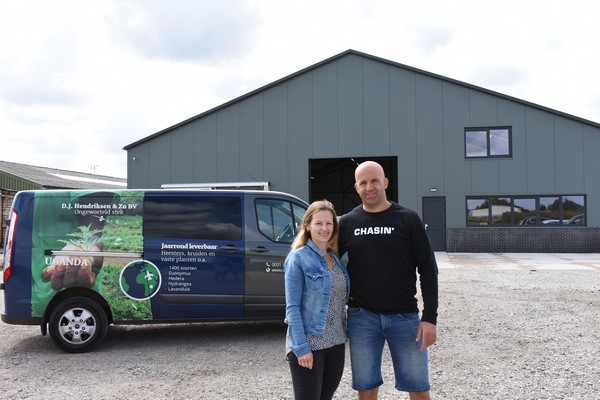 Simon with his wife Corina

Since Hendriksen started in Uganda in 2010, the company has continued to grow every year. About 60-70% of the cuttings is primarily for the Dutch market, because the first customers are often companies that root the cutting. The rest is mostly for customers in Germany, Japan and China, and a little bit for the US. “It is difficult to get a foothold there, but not a must in my opinion. If that would become more it would be great, but it is not necessary. In any case, we can move forward again for the time being.” 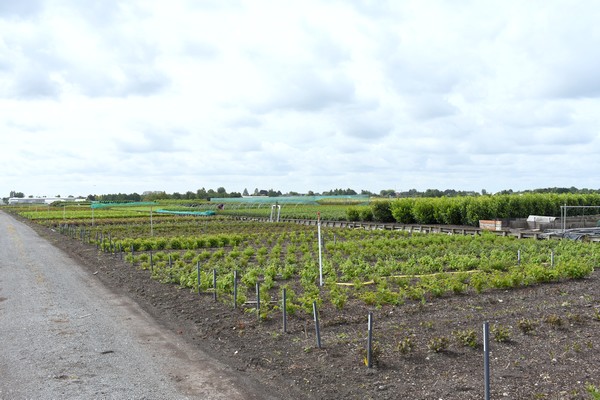