The amazing journey of a reusable tray

For about 2 years now, Beekenkamp Plants is working with their new BKX-trays and this season, they started to use it on a large scale; for nearly all their seed-raised products. The decision for these trays arose from the increasing importance of becoming more sustainable and the development that more plant material is processed mechanically. So, how does it all work in practice? Last week, Jaap Solleveld, Product Manager Seed at Beekenkamp, showed us around at their production location in Maasdijk, The Netherlands. 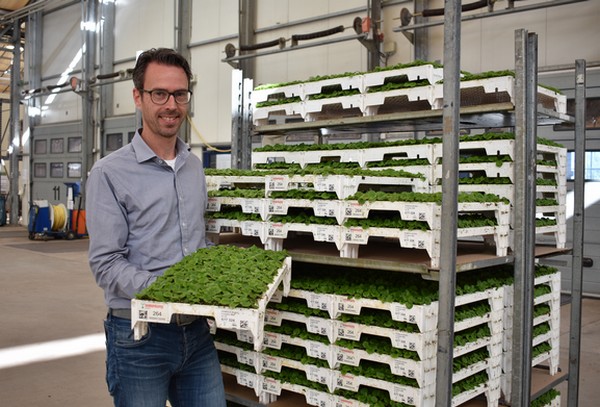 From Styropor to plastic tray
Before using the BKX-tray, Beekenkamp used Styropor trays. They were satisfied with the products and its reliable quality that were grown in the trays, but the trays themselves became more of an eyesore. "With our aim to become more sustainable and the fact that it isn't always that easy for mechanical use as the size of the tray isn't always consistent and may break especially after re-using it a few times, we decided to switch to a plastic tray." It is a tray that is already on the market and in good consultation with the developers, they could use it for their products as well, only in another color and named it the BKX-tray.

The idea behind this tray is that it is being re-used and therefore will contribute to a better environment. "An important part of this is the returning of the tray", he says. In order to support the process in a good and clear way, they have chosen for a deposit system. Every tray has an unique tracking RFID tag so Beekenkamp knows exactly which trays has been sent to which customer. "The former Styropor tray, we could only use for 1.5 times, the BKX-tray can be used many more times." 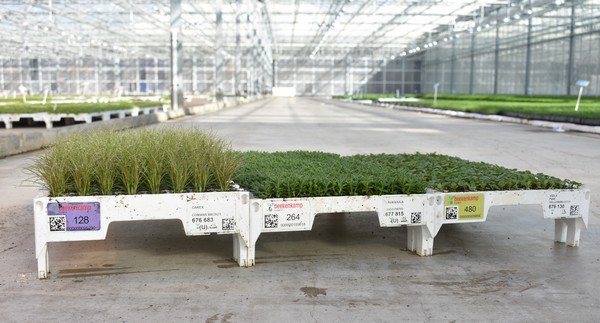 There are currently three different types of trays (see picture above), namely a 128, 264 and 480 cells tray. In the future, they are eager to add more types. Even though the amount of cells differ per tray, the size of the tray does not and the different types can therefore be stacked on top of each other easily (see picture below).

All different types of trays can be stacked on top of each other.

Large investment - not just the trays
The shift towards the BKX-tray has been a large investment. First of all, the hundreds of thousands of these trays - of which the purchase price is much higher that of the Styropor tray - had to be purchased. Then, they had to add a washing station as well, to clean the trays when they return from the grower, a scanner, to scan the product and tray before they leave the greenhouse to the grower, and new seeding machine lines as they had to change from press plug to loose fill plug.

Only seeds now, but more will follow
Currently a large part of their seeds assortment are being raised in these new trays. Their cuttings raised assortment and some of the remaining seed assortment will be the next step. 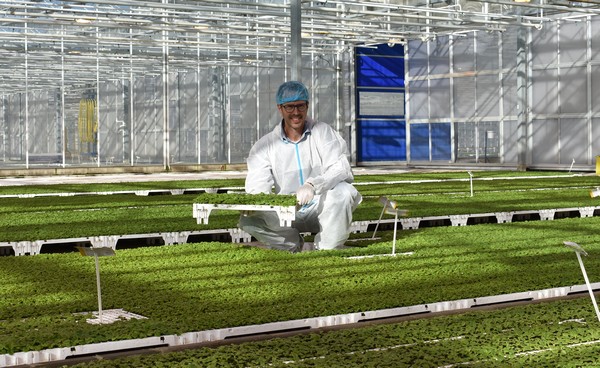 Jaap in the growing area holding a tray.

Pleased so far?
For several years, Beekenkamp has been trialing the BKX-trays on a small scale and started to work with it on a larger scale two years ago, and last year on a much larger scale with nearly all their seed-raised varieties. So, how is it going so far? "It has been and still is a process with several challenges. With ten thousands of trays at the same time, there is always something happening that did not happen during our trials. But all in all, we cannot complain. And the same goes for maintaining the quality of our products. We used to supply a different type of plug, which means a different climate, moisture balance and so on. We have to inform and prepare our growers. In the meantime, we try to improve continuously and try to find the right varieties to grow."

So how does the process work
After the trays have been returned and washed, they are ready to be filled again. They will be brought to the new seeding line which works as follows, see the pictures below.

Firstly, the empty trays are put on the belt manually, then everything goes automatically. 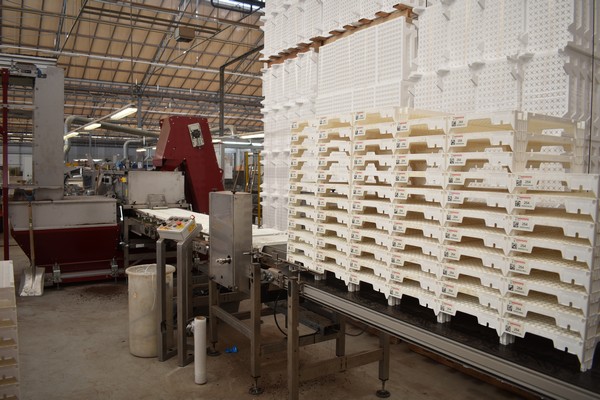 Below, the trays are being filled with soil. 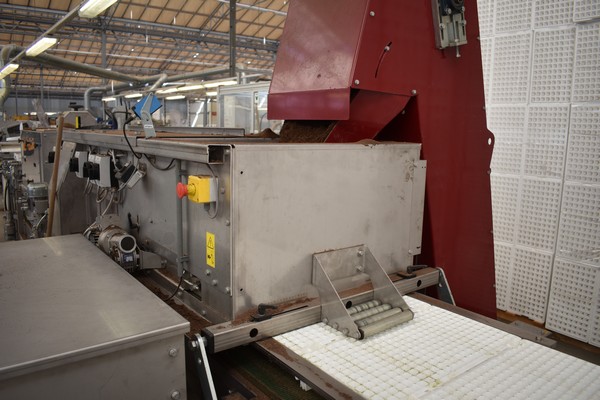 Then the soil is being pressed to make sure the entire cell is filled. 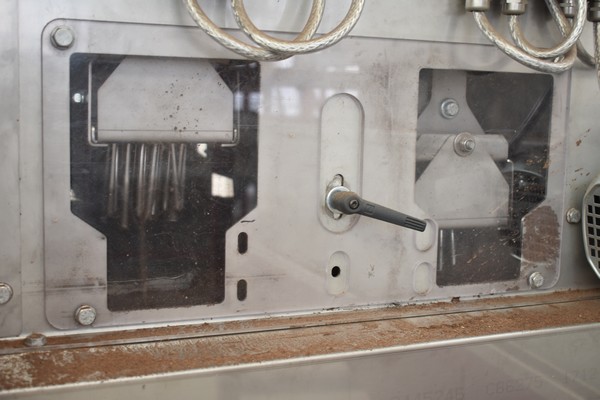 The seeds are being sowed.

They continue their way along this line, where the RFID tagged tray gets the allocation of the article and lot number. 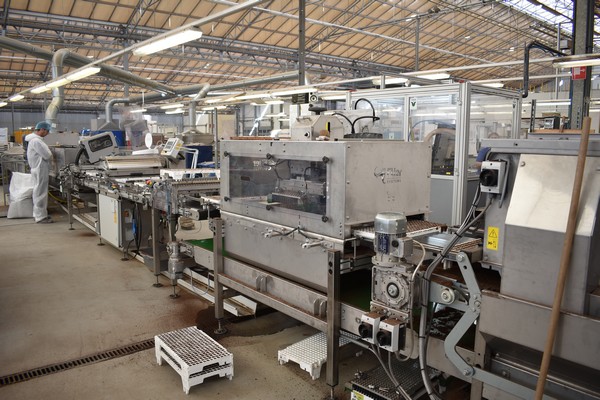 Then, they are watered. 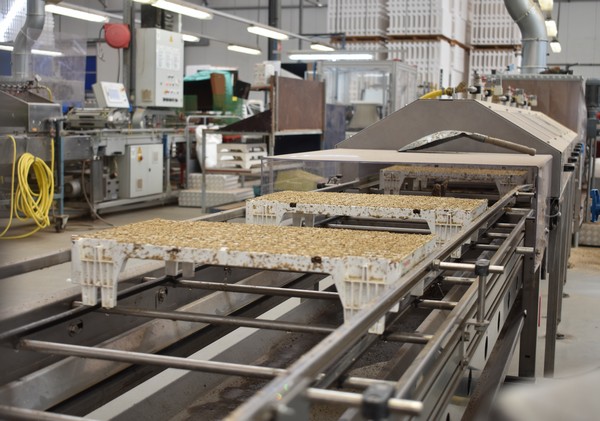 Then, they can be, manually, be stacked on top of each other so that they can go to the germination room. 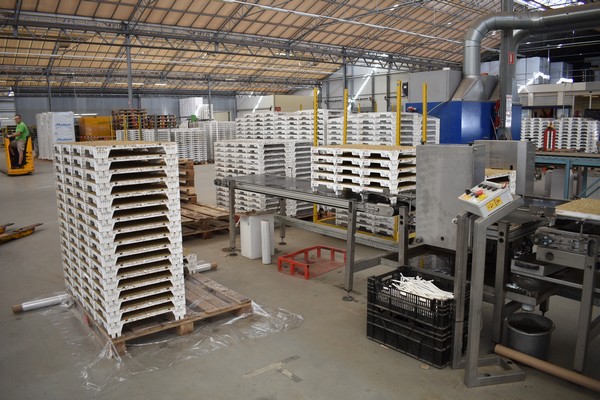 After germination, they go to the greenhouse where they can grow a little further. 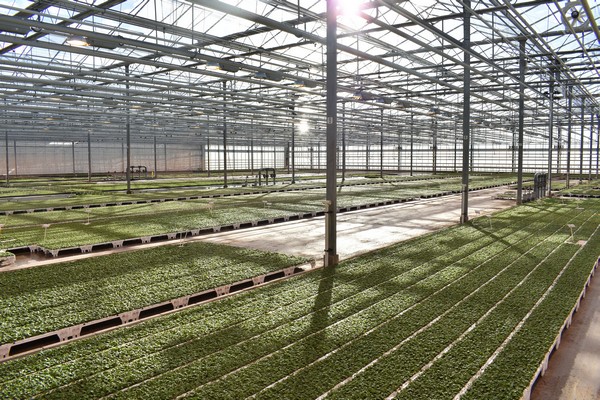