"To secure the future of the collection"

Fibrex Nurseries has donated their two National Collections to the Royal Horticultural Society in order to secure the future of those collections, they announced on Twitter.

Public Announcement.
We are not closing.
We have donated our two National Collections to the RHS to secure the future of those collections.
But we are still very much here & not going anywhere. #JustSaying #PleasePassItOn #RumourMillGotItWrong pic.twitter.com/OLlcRPEOHC

Security of the Collections' future
For many years, Fibrex Nurseries have held the National Collection of Pelargoniums - which means that they have the largest collection of pelargoniums, over 2,000 different species and cultivars - and the National Collection of Hedera - consisting over 354 different types, with the majority being from the Hedera helix family. Now, they decided to donate it to the RHS. Heather Godard-Key, Manager at Fibrex Nurseries, explains: "The Collections were privately owned by two of the directors of the nursery, who are both retiring next year. To secure the future of the collections it was felt that it was best to find them new homes." 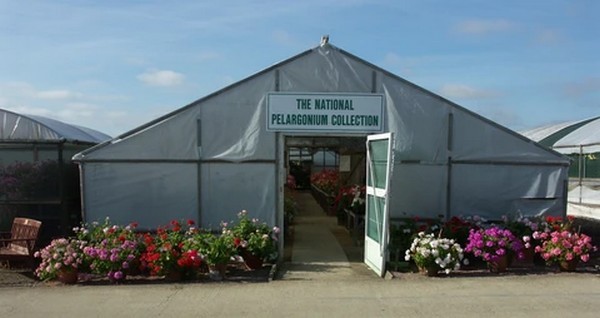 Divided over five RHS Gardens
The Collections have been divided over several RHS Gardens: "The Hedera Collection has gone to RHS Wisly. The Pelargonium Collection has been divided between the 5 RHS Gardens because it has become so large. Species, Species Hybrids, Stellar, Dwarf Stellar and Zonartic are going to RHS Wisly. The Miniature Zonal, Single Zonal, Double Zonal and Rosebuds will be at RHS Harlow Carr. The Scented Leaf and Coloured Leaf are going to RHS Rosemoor. Lastly, the Ivy Leaf, Uniques and Irenes will go to RHS Hyde Hall and the Regals, Angels, Decoratives and Dwarf Regals to RHS Bridgewater."

Fibrex continues their work
Heather says that, despite donating these Collections, Fibrex Nurseries will continue their usual work. "Fibrex will continue to grow and sell plants both directly here at the nursery and by mail order. Moreover, we still produce the largest range of Pelargoniums for the retail market."