Norway: "Sales have increased compared to the previous years"

After a challenging year with several logistical challenges, Norwegian importer Erlend van Deurs Lindberg from Svein Nesse AS is pleased with 2021. Svein Nesse AS imports flowers from Kenya and supplies them to supermarkets and florists all over the country. So far in 2021, things are moving smoothly and sales have increased compared to the previous years. 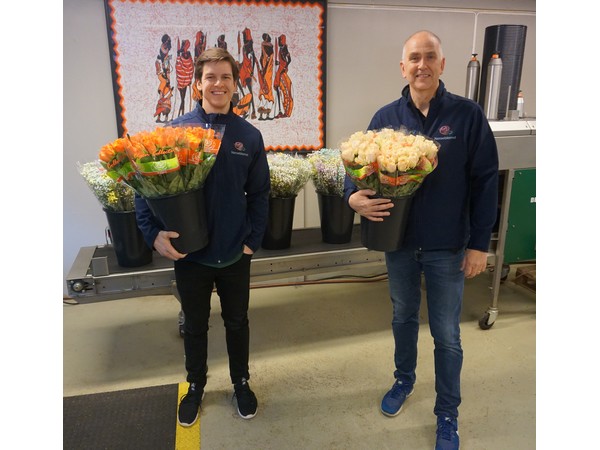 2020 – a challenging year
In the middle of March 2020, there was zero air freight from Nairobi to Norway, so at that time getting the Kenyan flowers to Oslo was the biggest challenge, explains Lindberg. After two months of shipping their Kenyan flowers by truck from the Netherlands to Norway, the airfreight started up in May 2020, just in time for the country's National Holiday celebration on May 17. Since then, their volumes were nearly at the same level as the previous year, but due to the high freight costs and weak Norwegian krone, margins were still lower than last year. However, all in all Lindberg was quite pleased with the year. "Fortunately, Norway is a flower loving country and when looking at other countries, it could have been much worse."

2021 so far
Now, one year later, Lindberg is still satisfied and feels lucky. "Comparing to other businesses, like restaurants, bars, gyms and many garden centers and florists, who had to close their doors again due to another lockdown, we have still been able to continue our business as we supply supermarkets. Fortunately, we are not having any logistic issues either anymore and sales have gone up."

As mentioned earlier, Norway is a very flower-loving country –  it is one of the highest flower consuming countries in Europe – buying roses and other flowers for their own consumption. Like many other countries, the demand for flowers increases for special holidays like Valentine's Day, Father’s Day, Mother's Day and national holidays", says Lindberg. Annually, Svein Nesse AS imports approximately 20 million flowers and 15 percent of this volume is especially used for these kind of holidays.

Their most recent holiday was National Constitution Day, celebrated May 17th and according to Lindberg, it has been a very successful holiday. "For this holiday, we see a lot of red, white and blue arrangements and often after the holiday you see several left in the store, but not this year. I think this is also because of the fact that many people stayed at home this year – usually many people go out and celebrate in the streets."

Coming months
So how will the coming months look like? "After May 17th, we are heading into the “low season” and this year, the demand may be lower. Usually, when the schools are closing, which will be on June 18th this year, students often give flowers to their teachers. However, as classes have been online this year, this tradition may not be practiced in the same extent that it has been before. The reduction in total big weddings may also affect the amount of flowers sold in the coming months."

However, most people will stay home this year, which may increase sales. "We are allowed to leave the country, but if we come back, we need to go into quarantine, therefore, I expect many people to stay home and hope they will brighten up their homes with flowers."

The low season usually runs till the end of August when the demand will start to pick up again.