Open days at several locations in the Netherlands

Despite the fact that the physical displays could not yet take place under the FlowerTrials flag this year, there were still many breeders who opened their doors by appointment in the Netherlands, last week Together with our colleagues of BPnieuws, we visited some locations and made a 'old fashioned' photo report.

P.S. The FlowerTrials team itself have not been sitting still either: last week, the participants and highlights were presented during the digital initiative 'Studio FlowerTrials'. Click here to rewatch the shows. 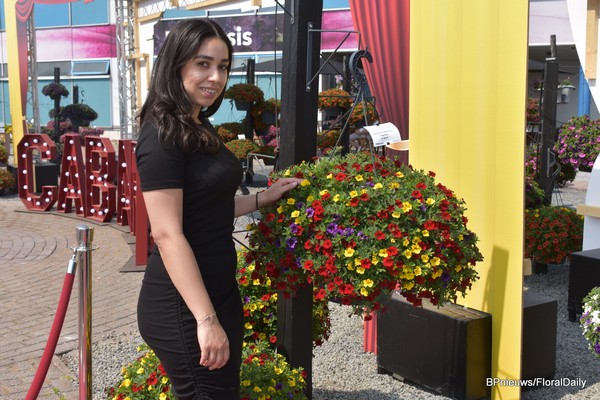 Machteld Wijngaard of Florensis International next to Cabaret Tropicana MixMasters. The Cabaret series took center stage, because of the improved genetics of the series; larger flower, stronger colors and flowering earlier. Also many bee-friendly plants were on display.

Positive vibes
Despite the high temperatures and a number of visitors that cant be compared to other years, the atmosphere has been extremely positive. This for several reasons: Firstly, the industry is doing well, secondly, people are happy that the products can finally be shown physically again and, thirdly, due to the relaxation of the COVID-19 rules there are more visitors than expected. The visitors are mainly from the Netherlands, but a number of locations even welcomed visitors from Germany, France and even Spain. 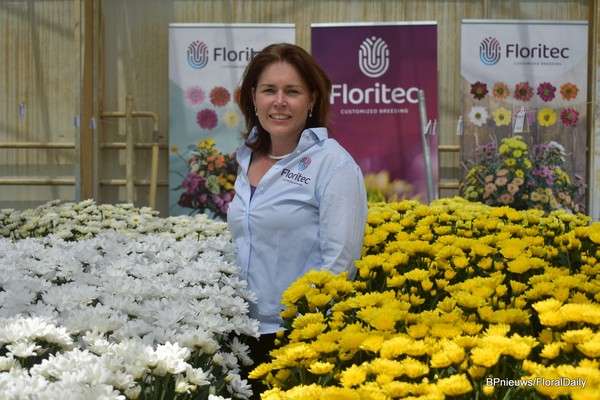 Daphne Hoogeveen of Floritec. Floritec presented their new image at the event, besides the many new varieties as well as existing varieties like Maverick White, Hardwell Bright and Hardwell Yellow.

The benefits of holding an open day
The absence of almost all international visitors - there were a few exceptions, but most companies could count them on one hand - did not mean that setting up a trial is superfluous. It is "useful" for the company's own people/employees, for the breeding work itself, and above all: what is not going digital these days? You could see the account managers with telephone and earphones going through the trials, talking in English or more exclusive languages, with customers from all over the world. In addition, setting up a trial offers an excellent opportunity to make beautiful visual material. All in all, there were plenty of reasons for the breeders to unpack, and as one of the participants mentioned: whoever else passes by in person is a nice bonus. 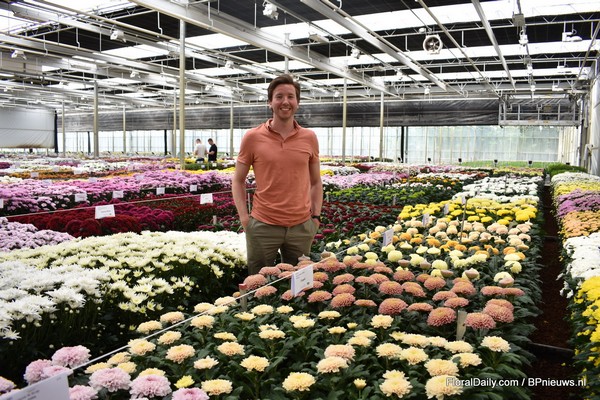 Bob Persoon behind Coutoure, a new chrysanthemum with a vintage color, a color that is loved by designers. Probably in week 45, it will be introduced by Dutch grower Arcadia. 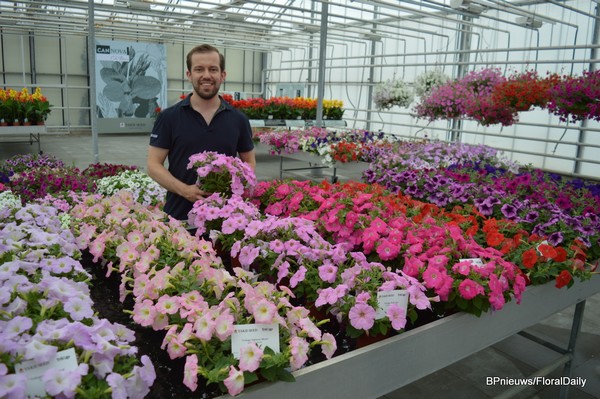 Hylke Kroon, account/product manager at Takii, shows a new code in the trilogy series, a series of petunias from seed.