Yesterday, the new ambassador, Mr. Noorman of the Royal Kingdom of the Netherlands was visiting Medellin area where he met over lunch with several Chrysanthemum growers and breeders. The aim of his visit was to get to know the floriculture sector and the (Dutch) companies that are active in this industry. On the agenda was also planned a visit to the greenhouse of Royal Van Zanten de Colombia unfortunately due to time shortage this has to wait for another opportunity. 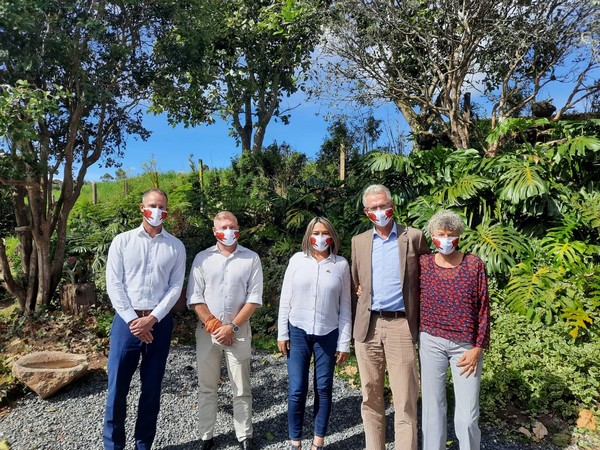 Floriculture: Important for Colombia
Floriculture is an important sector for Colombia. It provides a lot of employment and Dutch companies, like Royal Van Zanten have been active in this industry for years as plant suppliers and breeders.

More investments in the future
In 2019, Royal Van Zanten already invested in their locations both around Medellin and on the 'Sabana de Bogota', where they organize several trials of alstroemeria, chrysanthemum  and limonium for the introduction of new varieties and to produce plant material locally. And they are planning to invest even more in their locations in Colombia in the coming years.