Colombia: “While others were reducing costs, we decided to invest in a new production center”

“As a lot of companies were reducing costs because of the uncertain times, we saw an opportunity to expand and fill the need for flowers,” explains Valeria Plazas Domínguez, Marketing Analyst at Flores El Capiro, a Colombian chrysanthemum grower. In July 2021, their new production center, San Sebastián, opened in Antioquia after starting its construction in August 2020, taking their production of 19 hectares under greenhouse. In their new greenhouses, Capiro will cultivate different varieties of Chrysanthemum, such as daisy, and santini. Watch the video below to see the first container leaving the new location. 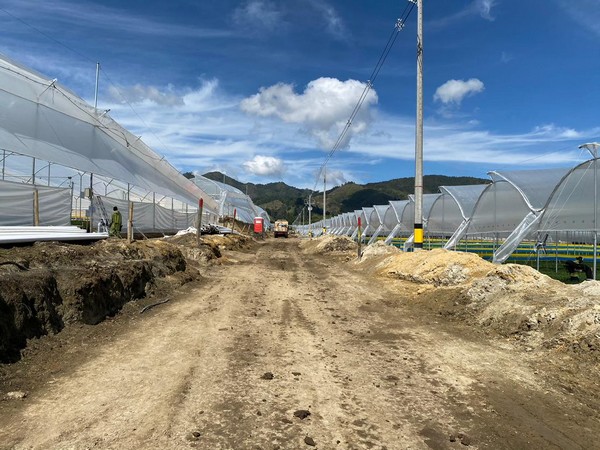 Construction of the greenhouses

Pandemic leads to expansion
Domínguez explains that while many companies were reducing their costs, Capiro decided to take the opportunity and invest in an added production center. “At the beginning of the pandemic there were many uncertainties with the market, many orders were canceled and we had to destroy many flowers. As a result, we had to reduce many costs. Yet as time went by, we realized that many countries began to have the same problems as Capiro. Many had even worse problems, as they were unable to transport their flowers in commercial flights. So, we saw an opportunity, knowing that we are world leaders in marine transport and clients were needing flowers. That is why we decided to invest in one more production center, called San Sebastián.”

“The delays led to more investments”
Because of the bad weather in Colombia, the construction was challenging and took longer than expected. Yet these delays led to more investments which helped to ensure an increased production while the construction was being finished. “We had a lot of challenges during the construction because of a winter season in Colombia in which we had a lot of rain. For this reason, the project was delayed a lot and to overcome the limitations and time issues, we invested in more machinery and personnel to help the project rise.” 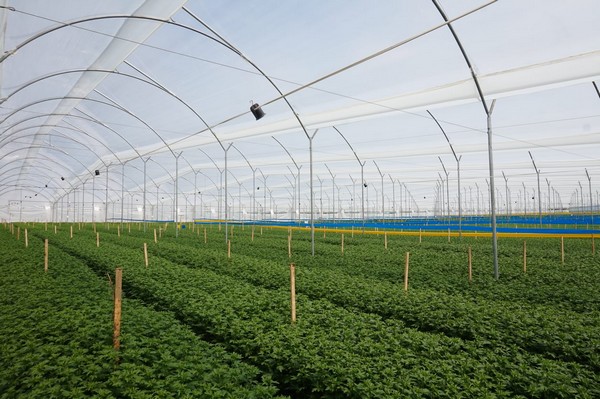 A peek inside the new greenhouse.

“Providing employment and cultivating smiles”
Domínguez mentions that Capiro would love to expand more in the future. For now, they are excited about their recent expansion being able to provide more employment and to cultivate smiles through even more flowers. “San Sebastian is located just 1.5 kilometers from La Ceja-Rionegro. This center of production affirms that where flowers bloom, so does hope. After many uncertainties due to the pandemic, we had the opportunity to expand with this new production center and continue cultivating dreams and smiles.” 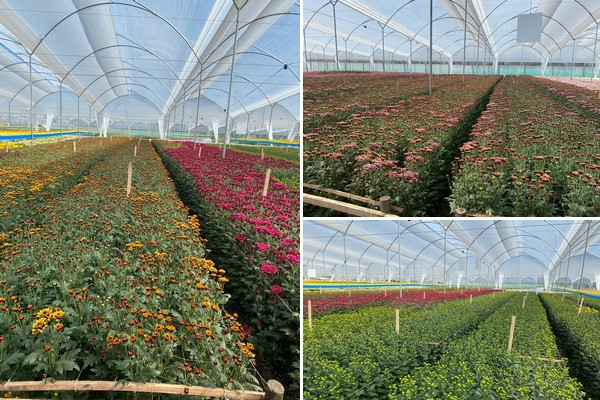 The crop starting to flower.