US: Discovering the pink poinsettia and introducing flowers in grocery stores

Most floriculture companies have a history they are proud of, and then there are some companies that have an exceptionally interesting history. The Illinois-based company N.G. Heimos Greenhouses is certainly one of them. “The founder of the company, Norwin Heimos, was one of the strongest advocates for our industry. He discovered the pink poinsettia, was one of the first to introduce flowers into US grocery stores, and was one of the first in the US to put flood floors into our greenhouses,” says Amy Morris, who is Vice President at N.G. Heimos. As the daughter of Norwin Heimos, who unfortunately passed away earlier this year, she has much to say about his many achievements. 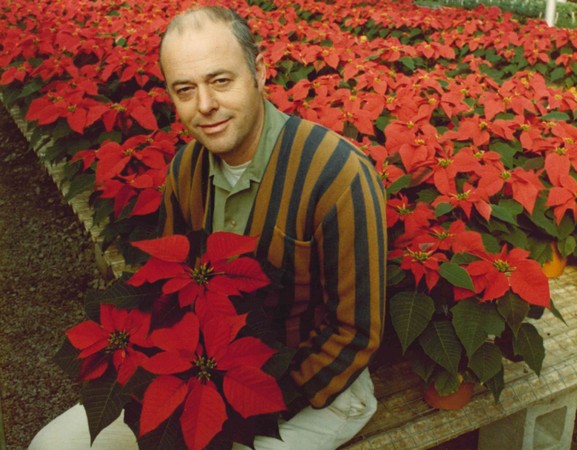 Farms instead of Disneyland
As a kid, Heimos’ passion for the industry was introduced to Morris at a young age. “I’m probably the only kid who spent her full childhood among the flowers and plants. Even during the vacations, while other kids were going to Disneyland, my dad wanted to go to see other farms. One of my favorite memories is when I was seven years old, in California where we went to the Ecke Ranch and we just ran and ran in the fields of the farm we were visiting. At the time I may not have appreciated it, but now I definitely do. These experiences gave me the knowledge and passion I have for the industry today.”

The first flowers in grocery stores
Morris explains that the company started in the 50s. “My dad was a farmer and my parents bought a little produce stand so that they were able to have a small grocery store. He then decided to try to grow garden mums, which was quite successful. This led to a desire to learn more about the flower side of the agricultural business. He started to grow spring crops, such as pansies, violas, and impatiens. When that became successful, he built a greenhouse of an acre behind the grocery store and started to produce poinsettias as well. In the 70’s, he was expanding the produce store with flowers, and he was one of the first to introduce blooming plants into the grocery store market. When he carried them in his store, another grocery chain in the area Schnucks made a deal with my dad for him to provide blooming flowers for their store too.” 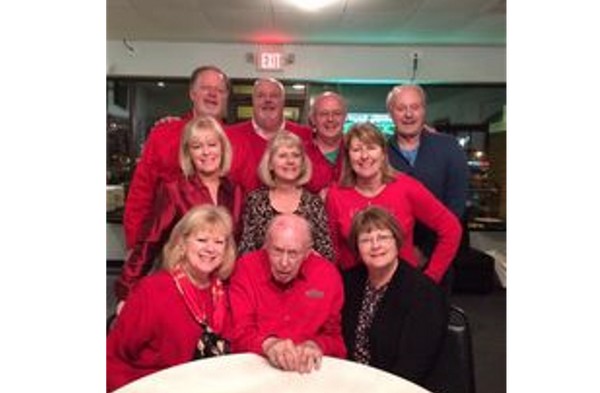 The first flood floors and pink poinsettias
After that, Heimos purchased a 17-acre property in St Louis and expanded his production by building more greenhouses. “The demand was increasing, and other grocery chains started putting flowers in their stores too. We built everything ourselves, so there was quite a learning curve. My dad went to Holland frequently, as he thought it was one of the most advanced countries concerning the industry, and he wanted to learn. As a result, our company was one of the first in the US to put flood floors in our greenhouse.”

That is not where the company’s ‘firsts’ end. “My dad was the first person to discover the pink poinsettia sport, He sent it back to the Ecke Ranch and they started creating and multiplying to the standard that we know today.” Dummen Orange purchased Ecke genetics and in honor of his passing named a variety, which will be available worldwide in 2022, the new ‘Norwin Orange’ poinsettia.

Costs from $6000 to $20,000
So, how is the company doing now? “One of the biggest challenges for us is getting material here from other countries. Whereas a container of coir used to be about $6000, we recently had to pay $20,000 for a shipment. Therefore, we have to learn to be smarter, so that the costs stay manageable. We are hoping that the prices will be going down after Christmas. Luckily, the demand for our products is probably the healthiest time we have encountered for our sales these past years, and we are excited about the future; we have a 2 acre expansion on the way, increasing our production.”