Marc Jones, who has been involved in growing Crocosmia crops at Walberton Nursery for almost 25 years, was one member of the nine-strong Crocosmia Trial Assessment Forum. The Forum met several times between July 2019 and September 2021, to assess 97 varieties from nurseries and breeders across the UK and the Netherlands. Walberton’s varieties were 3 of the 24 awarded AGM status.

The aim of such extensive trials is to assess the plants for all-around garden value. The AGM status gives gardeners confidence that those varieties have performed well on measures such as stability of form and color; resistance to pests and diseases; being readily available; being of a good constitution, and being all-around excellent for use in the appropriate garden conditions. 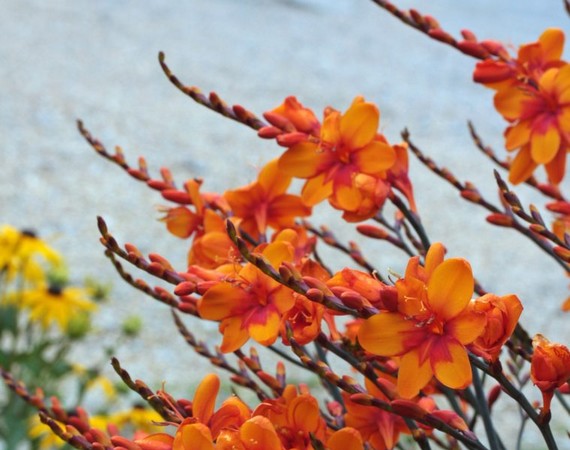 Crocosmia Walberton’s Yellow was bred by Walberton Nursery founder and world-renowned plant breeder David Tristram in the 1960s. He selected it for its exotic-looking outward-facing yellow blooms that last late into the season, and its clump-forming, erect habit, finally releasing it to the UK market in 2002. Crocosmia Walberton’s Bright Eyes was selected by David in 1998 for its similar habit and flowering season, but vivid yellow-orange flowers with a deep red eye. And finally, David selected Crocosmia Walberton’s Miss Scarlet in the early 2000s for the same exceptional habit and scarlet red flowers. 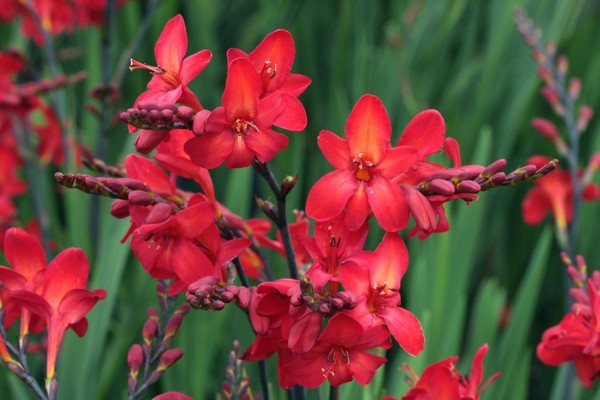