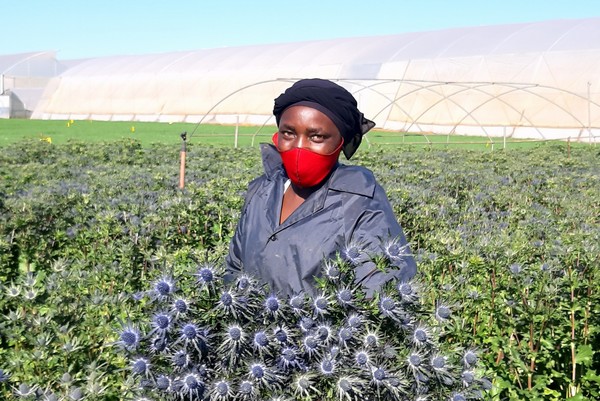 Eryngium 'Blue Lagoon' is clearly recognizable by its beautiful dark blue color. Penstemon 'Dark Tower' is a new product with special characteristics due to its beautiful inflorescence with light pink flowers and striking dark red leaves.

"Meanwhile, with the Agapanthus we have become a trusted leader at the clock at the three FloraHolland locations by being present every day with a nice production. The auction," says Rien van Hermert, "is a good way to put your products on the map." 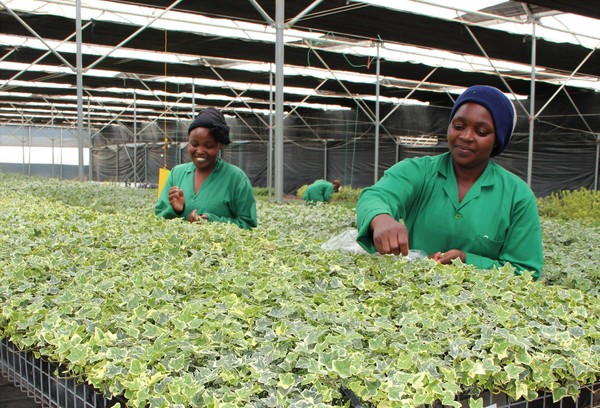 Rien has years of experience as a cultivation and market supervisor, a role he fulfilled for various growers in Kenya and Ethiopia. The position as area manager on assignment for various unpacking companies in the Netherlands, where the auction plays a central role, has played a major part in this.

For the last two years Rien has been working at African Roots and he is occupied with the quality and sale of cuttings. When he met Paul Zwinkels, owner of African Roots, and they started talking about the company, they quickly formed a connection.

African Roots bv is the sales organisation for the Highlands Plants nursery in Kenya and has its office at the Flora Holland flower auction in Naaldwijk. Highland Plants is situated at 2600 metres altitude. "The climate there is good for what we do," says Rien. "The high radiation and cool nights allow us to grow healthy plants but also flowers with intense colours." 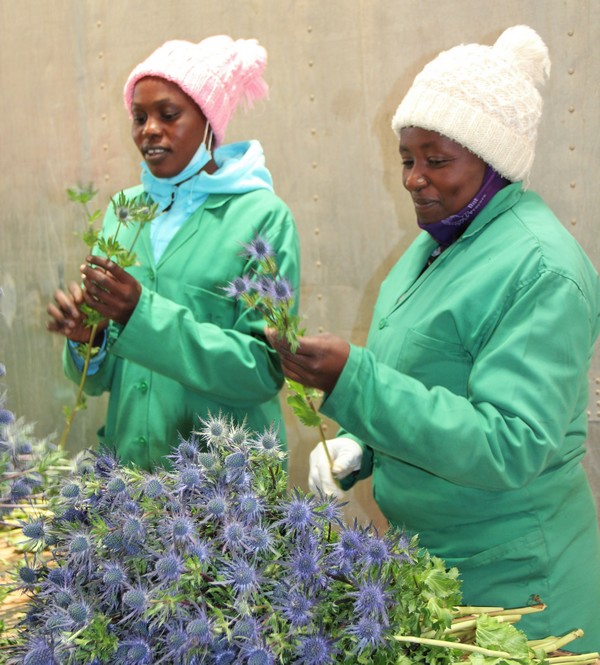 The company's main activity is to produce both unrooted and rooted cuttings. Over the years, a fine range of bedding plants, grasses, perennials and herbs has been built up. "Through all kinds of innovations in cultivation, the quality is constantly improving", says Rien, "and it is nice to see how the Kenyan management grows along with these developments. The range is coordinated from the Netherlands in consultation with the customers. The fact that heating can now also be provided at night means that the options in the range are increasing." 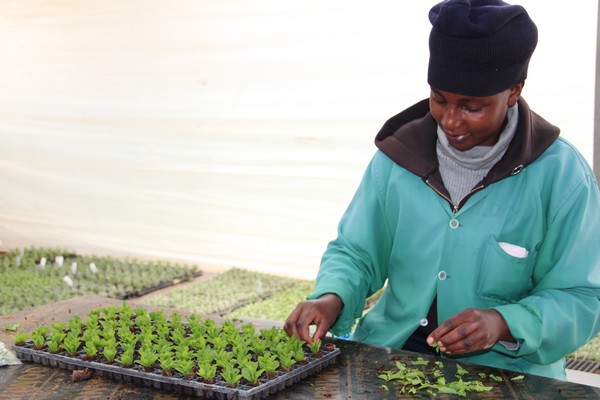 In addition to implementing improvements in cultivation and expanding the range, there is also an eye on sustainability. "We are working on the organic market for herbs. The knowledge we gain there is very useful in the application of IPM for the other crop groups. We are also running trial shipments with our 'circular' transport tray, which we plan to scale up in April. This tray is CO2 neutral and has a 50% better loading. Precisely this kind of innovations make the work so beautiful and give much confidence in the future," concludes Rien cheerfully. 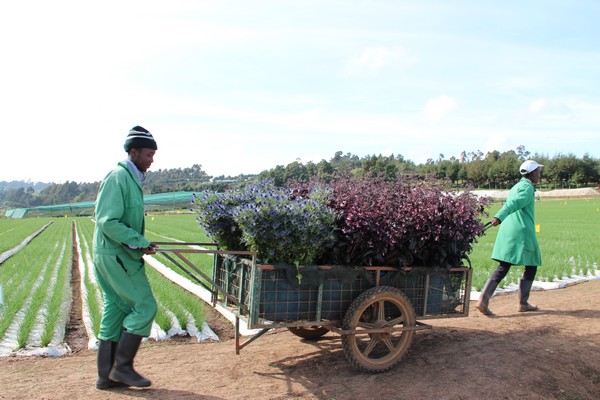