Both Rick van der Tang and Wojtek Grabowski were born with a pair of golden hands, as they say. Wojtek worked for many years as a technical staff member at a nursery and Rick worked as a maintenance engineer at an installation company. Through the years, they gained a lot of experience and later, as self-employed entrepreneurs, they both built up a good and loyal customer base. Initially, Wojtek and Rick were two separate companies, but they joined forces at the right time. This made practical things like buying and selling much easier. Opti Systems has now been in existence for over 4.5 years. 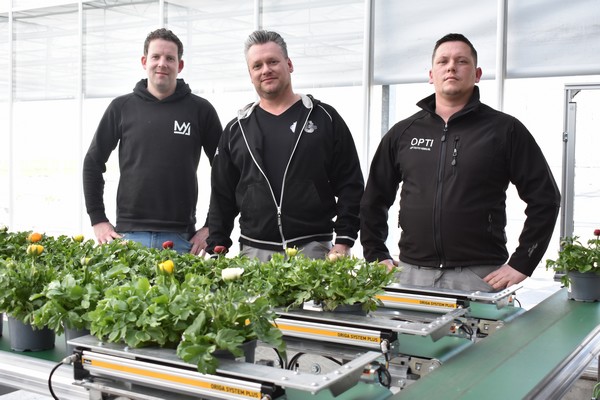 We spoke to the men in Monster, the Netherlands, at Wilbert de Rijke's new greenhouse, a young grower who recently bought this greenhouse and started his own nursery in it. Wojtek and Rick, who also happened to be here when the previous tenant was still in it, have recently put in a completely new transport/delivery system. "Wilbert called us because a remote control was not working. We came to fix it, but then all sorts of things came up. Wilbert had two questions at that time. Can you solve the problems for me, and do you know a company that has good quality tyres to make a delivery buffer? The answer was of course clear: that's us." 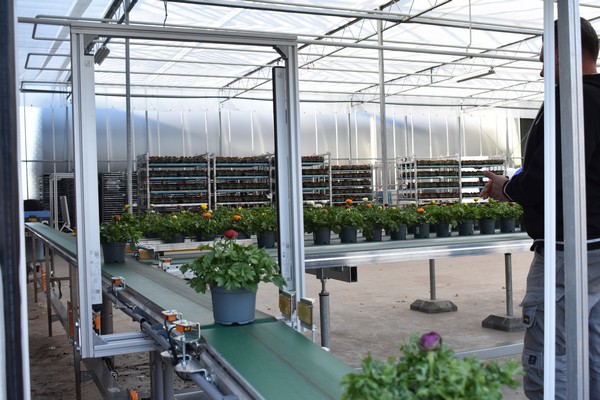 Lego
Opti Systems, on the other hand, recently developed its own completely proprietary version of a delivery system. "It works like lego," Wojtek explains. "In terms of technology, software and electricity, everything has been thought out in advance, which makes installation on-site quick and the system easy to expand on all possible fronts later. The construction of the tires has been developed in such a way that friction is minimal and with a relatively small motor we can drive quite long belts. In addition, the system has been designed in such a way that nothing rotates or moves when it does not have to. This is more economical and also prevents wear. In collaboration with our partner 'DV automation', an underlying software programme has also been written for sorting. Plant type, pot size and height are set per belt as desired by the customer." 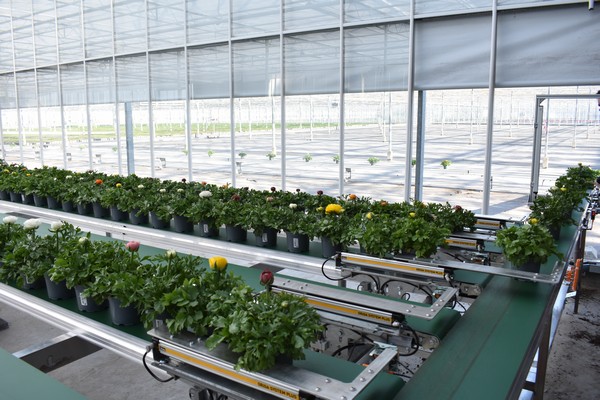 Plugging
Another characteristic is the anticipation of new techniques. "Smart is the future", Rick adds, "but better does not necessarily mean more expensive. You see that growers are often frightened by new technology, which may have been very expensive in the past, but has now become cheaper and is within budget. You preferably want to be able to plug in these new technologies as separate modules, and our system lends itself well to that."

Streamlined
Wilbert's system now consists of 7 buffer belts, but the intention is to expand this to 25 in the future. For now, he is very satisfied with the new system. "I first inquired with a few large parties. My question was simple, I want to expand with a delivery system, but it quickly became complicated and waiting times were long. But with these guys it was easy to switch and it went fast. In week 8 they came to install it, by the end of the week it was running." 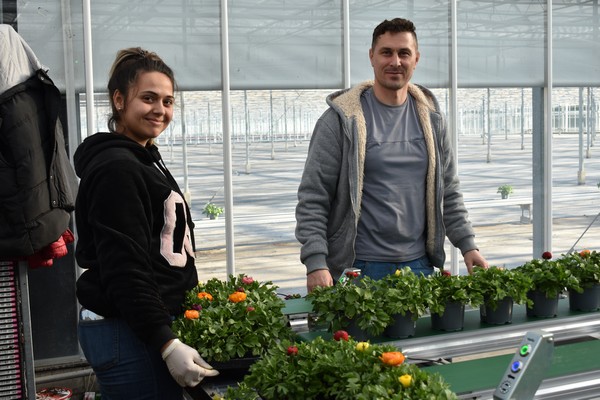 In addition to complete conveyor systems, Opti Systems comes to customers for all kinds of service and maintenance work and troubleshooting. Wojtek: "We also do a lot of loose production belts and optimise existing conveyor systems. A nice example is a four stick conveyor, which we implemented at an orchid grower in Bleiswijk. At the same time, in collaboration with the software supplier, we have greatly increased the capacity of the existing system, from 2200 to 3800 plants per hour, so that we can now really get the most out of it. Everyone likes a Saturday off, don't they?" 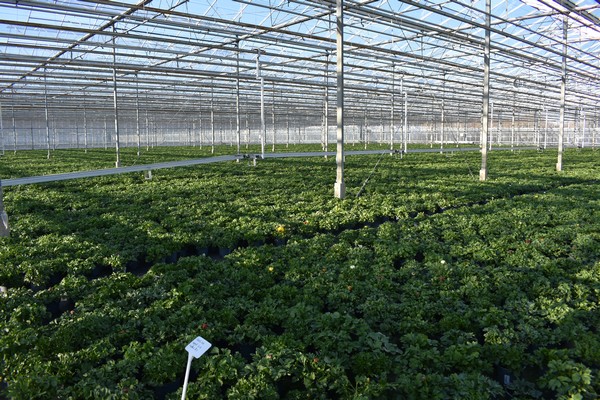 "Our luck is that we have both been service technicians," Rick concludes. "We have seen everywhere where the bottlenecks are and where things can go wrong. We are satisfied with what is there now and what we have developed, it has simply become a beautiful and very affordable product that we would prefer to put away somewhere every month."