Brandkamp grabs a bigger piece of the hydrangea pie

Last year, Brandkamp expanded their portfolio with hydrangeas by taking over their neighboring hydrangea breeder and propagator Wilkes Jungpflanzen Kulturen. In just one year, a lot has happened and much is in the pipeline: they introduced new varieties, had to expand the mother stock to meet the demand, will now also offer half finished plants besides rooted and unrooted cuttings, and they will focus on cut flower production as well as garden performances of this crop. All in all, both parties seem to be satisfied with their decision.

Christiane Appl and Hubert Brandkamp at the IPM Essen 2019 where they presented their hydrangeas for the first time.

"We have to say that was a success story", says Martin Wilkes, former owner of Wilkes Jungpflanzen Kulturen, which built up its own distinctive assortment of hydrangeas. Together with his team, he continued working in the business after the takeover, and according to Wilkes, this is part of the success. "For our customers the transition was seamless as they continued doing business with the same people as in the past, receiving the same quality of unrooted cuttings and rooted cuttings. "This trustful cooperation is very important in the hydrangea business."

Another part of the success of last year, Wilkes points out, was the introduction of the new NHS varieties. "The interest in these new varieties with their striking colors, strong habit and their behavior against Botrytis convinced the customers - which are based all over Europe." As a result, the demand was greater than the delivery options. "In order to meet this increased demand for 2020, we had to significantly expand the number of mother plants." According to Wilkes, growers are always looking for an enrichment in the hydrangea assortment. Currently, their hydrangea assortment consists of 45 varieties and for 2020, they will introduce 2-3 new colors.

New types
Besides colors, as breeders and propagators, they are also continuously looking for varieties for new growth types for different use options. In 2020, they will focus on 3 new types, namely half finished plants, cut flower production and garden performance

Cut flower production
Furthermore, they will focus on the cut flower production. "The first tests seem to have been positive and encouraged us to step further in this direction. The varieties are making solid flowers and the change in their colors is very interesting." 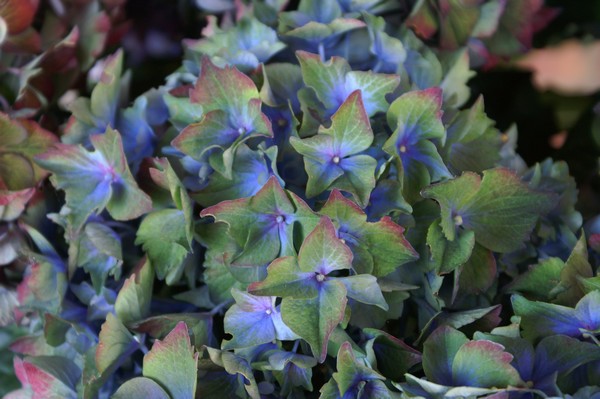 Garden performance
The third focus is on the garden performance of the hydrangea. There are not so many crops for outside use that flower as long as a hydrangea. "Depending on the fact if they have grown in the garden or if they were bought as plants in pots for the garden, they start flowering in May/June, and the flowers change their color during the summer. Even in the autumn or winter the dried flowers are nice to look at and create a nice atmosphere in the garden", says Wilkes.

IPM Essen
Eager to meet the team of Brandkamp? At the IPM Essen, which will be held from January 28-31 in Essen, Germany, you can find their booth in hall 2, Stand 2C31.