Researchers from Kings Park and Botanic Garden and the Royal Botanic Gardens Victoria have made a major conservation breakthrough by growing one of Australia’s most beautiful and endangered native orchids, the Queen of Sheba (Theylmitra variegata).

The Queen of Sheba is a native orchid which only grows wild in the south west of Western Australia. It has a single dark green, spiral shaped leaf and up to five glossy, red, purple or violet flowers. The plants in this research project were propagated from seed collected near Albany and Bunbury. 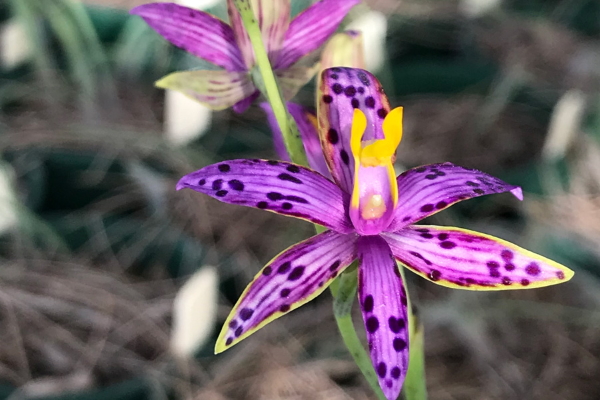 Queen of Sheba growing in the lab. Photo: DBCA.

Orchids rely on specific fungi to germinate their microscopic seed, making some species extremely difficult to grow in cultivation.

'The Queen of Sheba did not give up her secrets easily, despite our best efforts, germination continued to result in low seedling numbers', says Kings Park Research Scientist Dr Belinda Davis.

The team were eventually able to extract the symbiotic fungus from the roots of a wild Queen of Sheba plant and then grow the fungus in a petri dish in the lab, before adding orchid seeds collected from wild plants. The breakthrough came from determining the nutritional requirements of the fungus for the first time, ensuring its survival and ultimately the survival of the orchids in laboratory conditions. With this new understanding, the team have been able to germinate Queen of Sheba seedlings in their hundreds for the first time.

The two teams optimised propagation techniques and established permanent populations of the Queen of Sheba at both Kings Park and Botanic Garden and the Royal Botanic Gardens Victoria for the purpose of ex situ conservation. These plants will be used for seed orcharding and eventual introduction back into the wild. 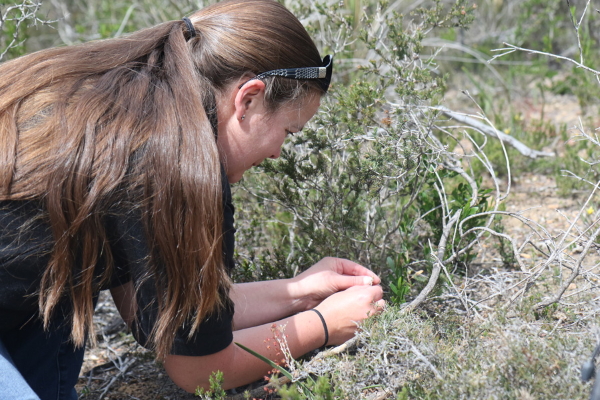 'We were thrilled to discover and replicate the optimum nutrition and conditions needed to grow this iconic and endangered orchid in the lab', says Dr Noushka Reiter Royal Botanic Gardens Victoria. ‘As a result, we now have insurance populations at both botanic gardens and will be in a position to introduce it back into the wild in coming years'.

Historically this orchid grew in the heart of Perth (including the Kings Park bushland) but loss of habitat through clearing has eliminated many populations. It is now restricted to a few small and isolated populations between Bunbury and Albany, which have suffered from trampling and poaching by people in recent years.

'We are constantly improving our techniques and approaches and we have now achieved great success with this charismatic species and we can add it to the large number of orchid species in Western Australia that we can now offer conservation solutions for. Optimising the protocols developed for the Queen of Sheba and translating them to some of our other challenging orchid species will be critical in ensuring the conservation of all our orchid flora', Dr Davis says.