Olav Boenders, Wagagai, on the lockdown and the importance of Fairtrade

Uganda: "We tried to see it all as a big sleepover party"

After a five-week complete lockdown, Uganda is gradually opening up, enabling several companies to pick up business again. For cutting farm Wagagai, the timing of lifting the lockdown is a blessing in disguise, as it is just in time for their busy poinsettia cutting season. "Over the last weeks, the mother plants only had to grow, and at the end of May, beginning of June, we start harvesting the cuttings", explains Dutch owner Olav Boenders. In this article, he tells us more about how they dealt with the lockdown and how he hopes that this situation will raise awareness for the workers in Africa. 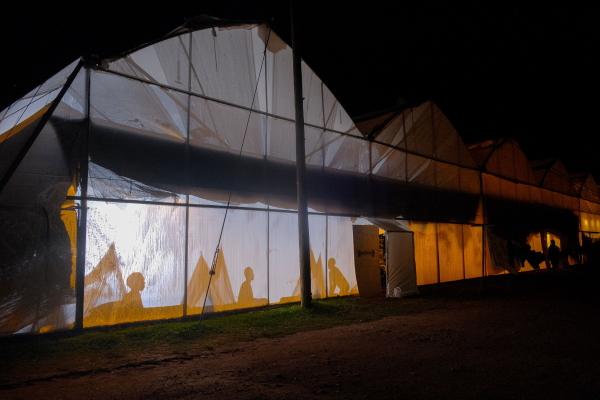 People sleeping in the greenhouse at night. (All photos by Andrew Kartende)

The lockdown in Uganda
On April 1, the people in Uganda were informed about the complete lockdown, which meant a curfew and no pedestrian movement. "Our 36 ha greenhouse employs 2,300 people 98% of whom live within a radius of 5 km and walk to the farm every day. Not having workers at our farm was not an option as plants simply always need attention and care. Therefore, we decided to let 500 workers stay over at the farm, supply them will all necessities and take temperature checks twice a day, and made sure we obeyed all rules regarding sanitation and social distancing." And the workers even seem to have enjoyed it. "We tried to see it all as a big sleepover party. The workers did not have to spend anything as they all get meals thrice a day and they kept receiving their salaries, in contrast to many of their fellow citizens who were at home on unpaid leave." And what about the ones at home from Wagagai? "We made sure everyone received their salaries. Usually, in April and May we ask the majority to take holidays as we need them in May and June, when it is high season, so in the end it all just ended up quite well, so far." 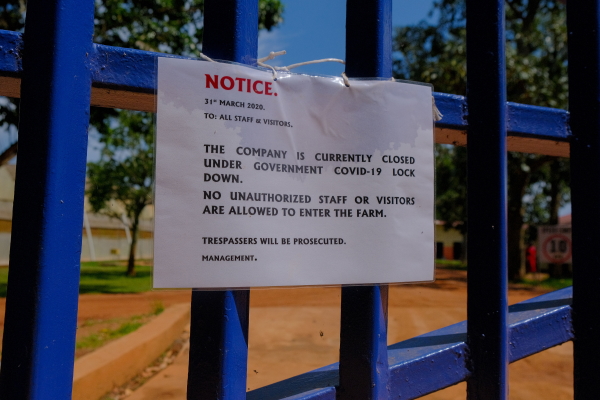 The importance of Africa for Europe
According to Boenders, the COVID-19 situation more then ever displays how all links in the chains are connected. "Many people in Europe hopefully are realizing more, that Africa plays an important role in supplying all kinds of goods. Due to the lack of freight capacity in Kenya and Ethiopia for example, only a low percentage of cargo, including vegetables or roses, can be transported to Europe. This is their main market and as they cannot carry out their activities, it is leaving a lot of people without a job. And this will, and is already, disastrously affecting the country and Africa as a whole. With one person losing their job, five people are indirectly affected, like payment of the rent of the apartment, hairdresser and so on. In some countries, and particularly the big cities, no job can even mean no food. Fortunately, in Uganda, the soil is very fertile, so in the villages food will not be a problem." Meanwhile in the main city Kampala this is of course already having very big negative effects. Boenders is extremely impressed with how President Museveni and his government is dealing so far with the crisis. "They might have locked down the country, but they keep a corridor of trade for incoming and outgoing goods open. This is absolutely essential for the economy, not to collapse, and also for us as a business." 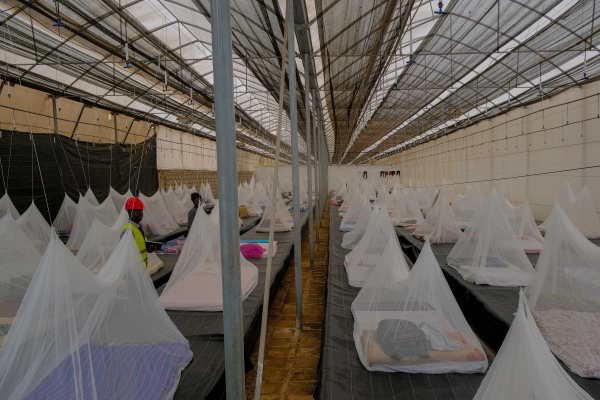 Special sleeping places were created in the greenhouse.

But also at Wagawai they have to consider the consequences of COVID-19. "We might have been 'lucky' regarding the timing of the lockdown and the fact that our cargo flights continued three times a week, we still might notice the effects of the COVID-19 crisis afterwards as we do not know what the impact will be on the European growers. If many will go out of business, we will definitely feel it as our cuttings will have no destination. Meanwhile it is great to see that the Dutch government stepped in with a support package to horticulture of € 650 million, that hopefully indirectly will help all of us as well". 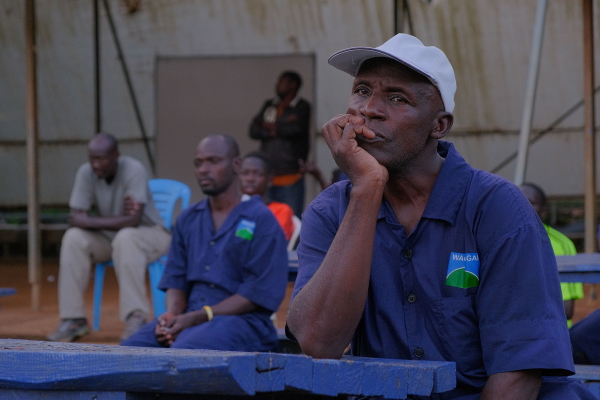 Education on the COVID-19 rules

Fair wages
In line with this, Boenders stresses the importance of the salaries of the workers, which is something he always tried to keep at a decent level. "Compared to the western world, the salaries aren't high, but compared to the salaries of the workers of all other agricultural companies in the country, we are in the top 3 regarding the highest salaries." He would love to offer his workers a higher income, but due to the high competition, it is not possible. "And as we are already one of the companies with the highest wages in this sector, we'd better give the people something rather than nothing, as we are dealing with a high level of competition. Just imagine, if I could sell my cuttings for 1 cent more, I could triple the salaries of the workers. Meanwhile if I would do this, it would mean that the price of some cuttings would double, making our product not interesting anymore. We'd then go out of business, with consequently 2,300 people losing their jobs." 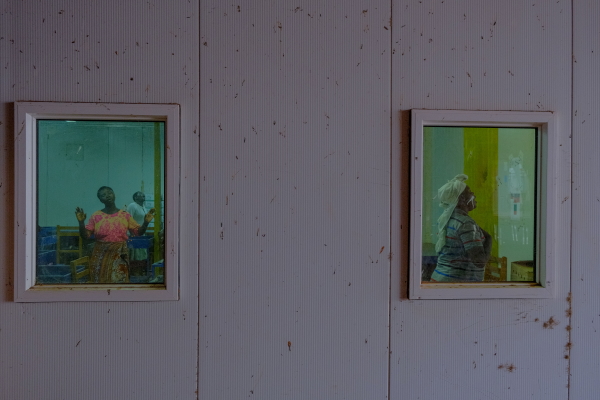 Praying in the cold storage, which was turned off this evening

Creating more awareness for Fairtrade
So, in order to generate extra income for his workers, Boenders started a pilot, called the Wagagai Cents project, in 2017, in cooperation with German breeder Selecta One and Fairtrade for their poinsettias. "With this pilot, we want to show how we can achieve significant financial improvements for our staff through innovative approaches." Wagagai sells all poinsettia cuttings to Selecta One, and they have a big stake in poinsettias as around 50% of all poinsettias produced in Europe are supplied by Selecta One. However, the demand for Fairtrade poinsettias is, according to Boenders, still low. "It would be great as a start if people would now start to ask for Fairtrade poinsettias. In Africa, a social safety net, like people have in Europe, is non-existent, so this is the very least the consumer and companies in the chain can do to directly help the workers in Africa. If the industry starts to shift towards more Fairtrade products, we can grow in volumes and create more awareness and in turn pay a better wage to the workers. Hopefully, we can get something positive out of the COVID-19 crisis." 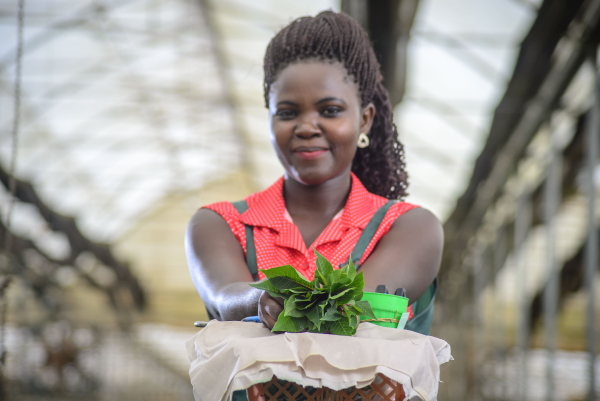 One of the farm workers holding a poinsettia