A visit to the Snapdragons' Den

In the past couple of days, the nursery of Dutch grower Jochem van Daalen was the center of the world when it comes to snapdragons. In the middle of the commercial varieties, Evanthia had set up no less than 80 different cultivars, a wide assortment that consisted of both existing codes and experimentals, of both early and late varieties, and in the greenhouse and out in the field. 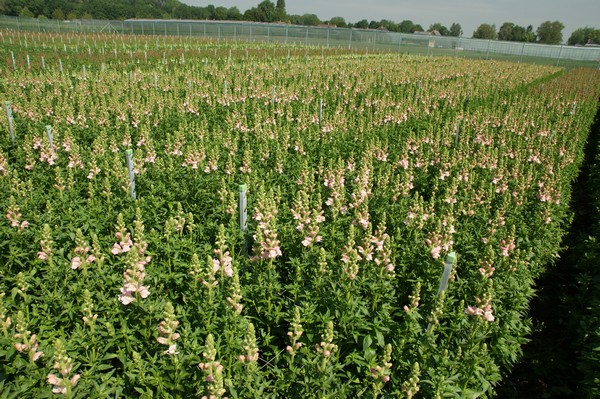 "You just want to see it all growing side by side," says Peter van Noort, Manager Genetics at Evanthia. "We took over Enviro at the beginning of the year and our range of snapdragons has grown considerably. In order for everyone, including ourselves, to know what we have to  offer and to be able to offer the best to the market, we decided to organize this trial. And given the interest - we need to make a final decision,but - I think we will do it again next year".

In the Netherlands the snapdragon is grown both in greenhouses and in the open field. Of course, says Peter, it is preferable to organize such a trial in the nursery of a professional grower. "That's always better than doing it yourself, he knows all about it and grows it with his commercial varieties. Jochem van Daalen, of Kwekerij Daalakker, also grows the flowers both indoors and outdoors, so the circumstances couldn't be better in that respect". 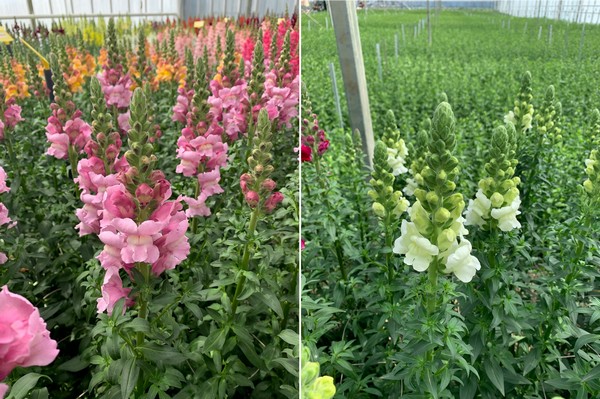 By dividing the visitors into time blocks, they were able to comply with all the pre-set COVID-19 regulations. "And it did not prevent anyone from coming. The plant growers and their clients, the final growers and more all came to have a look."

As in many other flower varieties, there are early and late species, and this spread in timing is large. In the trial it was decided to sow everything on the same date, so that the differences would also be clearly visible during the trial. "The snapdragon is a growing crop group and is becoming more and more important to us," concludes Peter. "This trial will help us and our customers to make the right choices in terms of assortment in the future.