The German breeder and propagation company Brandkamp, ​​known for many years in the cultivation of chrysanthemums, lantans or fuchsias, has developed its own pelargonium breeding line under the brand name Solfaro with great commitment in recent years. Every year, new varieties are brought onto the market that complete the series and fill any gaps that still exist. 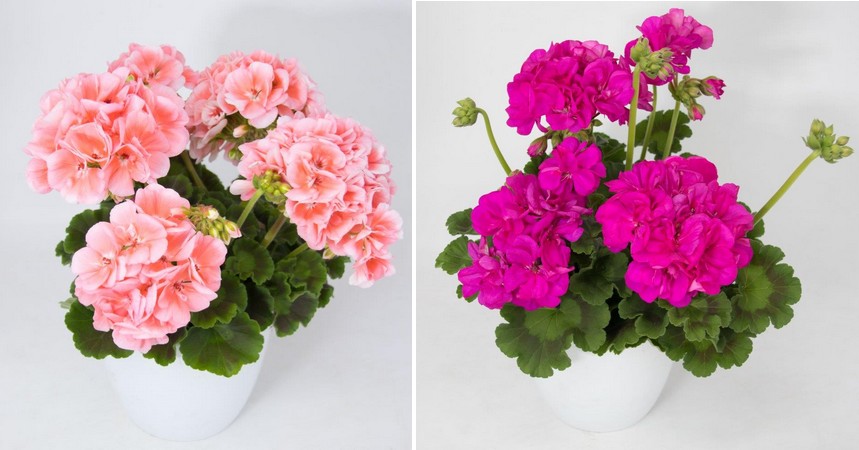 In the area of ​​standing pelargoniums (P. zonale), Solfaro Sintra is a medium-growing salmon-colored pelargonium with large bales of flowers. It is very well suited for pot sizes from 12cm, for end customers for bedding and planting. The bright purple Solfaro Vizela has very similar growth and use properties. "The days are gone when geraniums only had to become ever more compact," summarizes Jürgen von den Driesch, who is responsible for the development of the geranium range at Brandkamp. "Geraniums should again show volume in the premium segment and also fill large pots, which was always in demand in southern Europe": 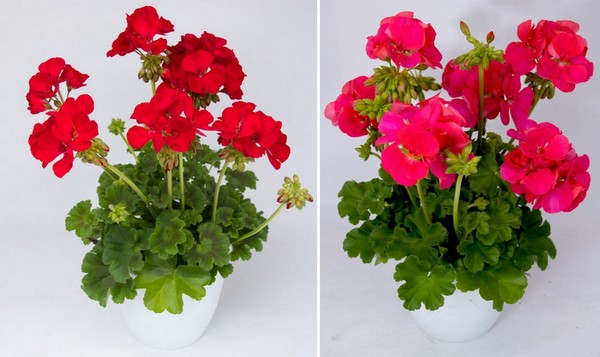 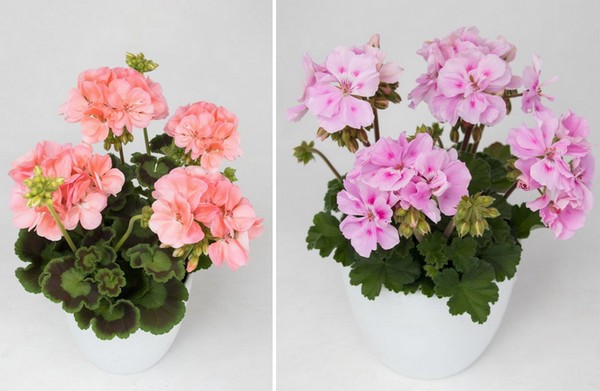 In the compact growing types come the salmon-colored, very flowering Solfaro Caldas with a very beautiful leaf pattern, as well as Solfaro Braga, pink with eyes and dark leaves. Brandkamp is aware that the more compact varieties are very important for the markets in Scandinavia, the Netherlands and sometimes in Germany.

In the area of ​​the hanging geraniums (P. peltatum) Solfaro Gandra is a very richly flowering variety with large, bright neon pink flowers. "We have something particularly good there," says CEO Hubert Brandkamp. The red Solfaro Alfena is very compact, early and free-flowering. The compact line at Brandkamp is therefore being continuously expanded, much to the delight of Sales Manager Jereon de Kuijer, who is also responsible for the Northern European markets, where these types are in great demand, at Brandkamp.