The Ecuadorian floral industry is blooming and that was reflected in the interest for the Expo Flor Ecuador that took place last week. Not only the show floor was fully booked, the number of visitors was high as well, several exhibitors informed us. Last week, we shared a social media photo impression and we received more pictures and information about the Expo and the sector, see below. 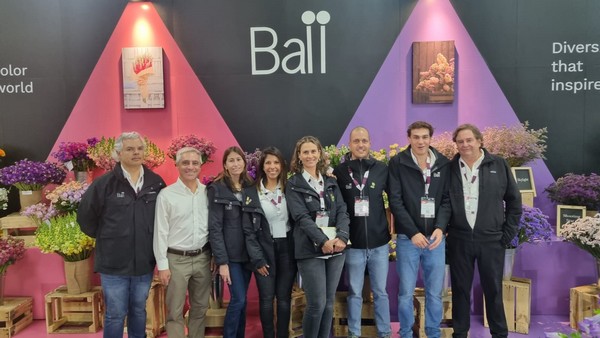 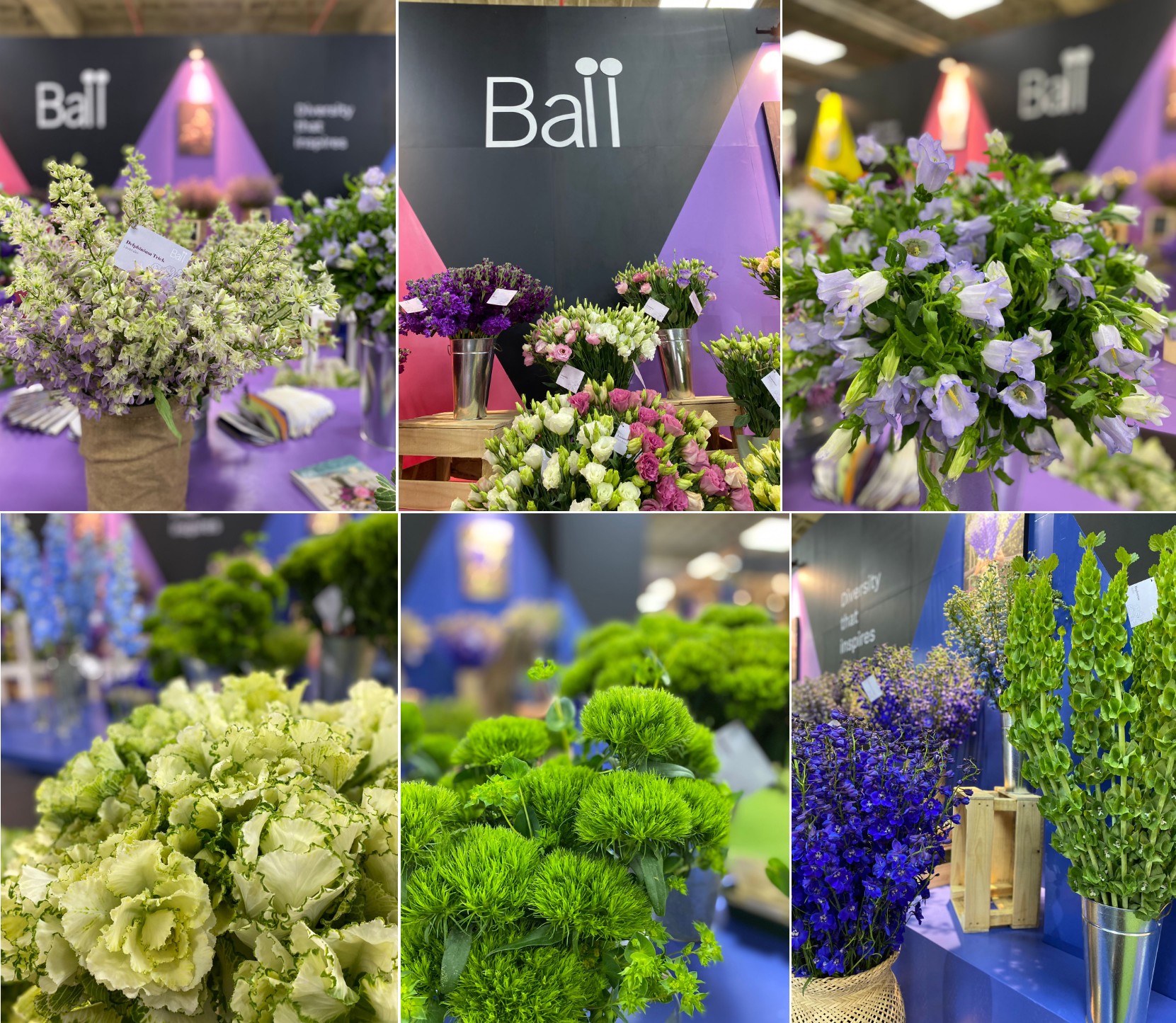 Several varieties that were on display at the Ball booth. Click here to enlarge the picture.

Large interest
As result of the registrations, the organization of the Expo expected over 2,000 visitors from 42 countries, a jump from the last show in 2018 which had 1,652 visitors.. The official number of visitors hasn't been released yet, and despite the feeling that there were less Russian buyers, the exhibitors seems to be pleased with the interest for the show and their products. Moreover, the vibe was positive.

Objective of the show
Alejandro Martínez, Executive President of Expoflores, explains that the Expo’s main objective this year was to generate business for the sector and the Ecuadorian economy as well as to strengthen their connections with markets that buy their flowers where they have had long-standing business relationships. "We also want to show the Ecuadorian Government that we, as a sector, remain committed to the development of the country. In the flower industry, we promote sustainable and highly technical processes, with an increasingly professional workforce. The result, world-class high-quality flowers. However, to make that happen, we need to reinforce public policies that will support, protect and promote the flower sector in the country”, explains . 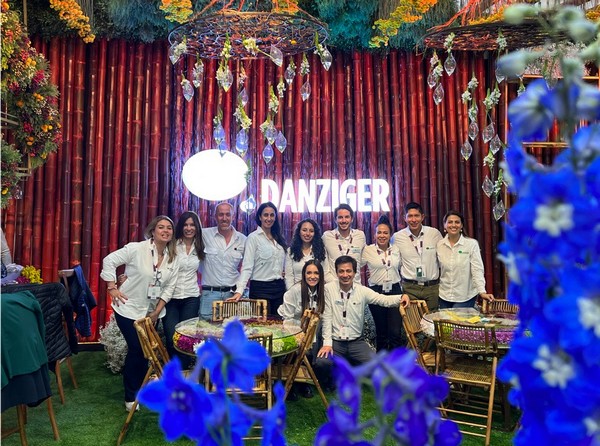 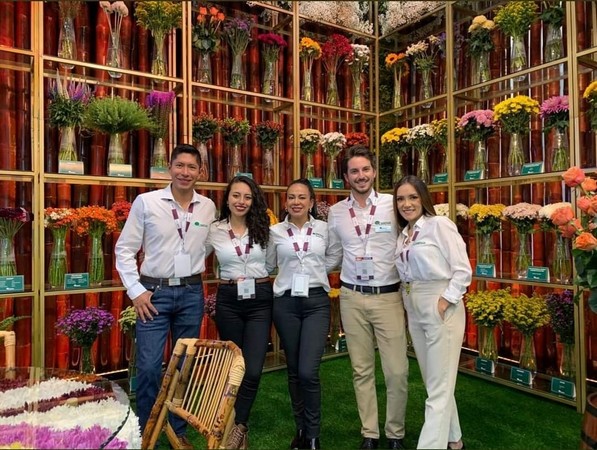 Part of the Danziger team

Importance floral industry for Ecuador
Notably, the flower sector is one of the most important exports for the country, taking the fifth place from the top among national exports. It’s also one of the most important in agricultural sector, even more than the shrimp. One hectare of flowers contributes between USD 280,000 and USD 360,000 to the GDP, while shrimp generates between USD 17,000 and USD 18,000 per hectare.

Also In last week's article, the importance of the floral industry for Ecuador has been stressed. And Guillermo Bustamante, president of the Expoflores Board of Directors mentions that "Behind this magnificent sector, there is an immense amount of work put in. Every day, more than 80,000 people, mainly from the rural areas surrounding the sectors where the flower farms are located, come to farms to work. Because of their efforts, they gain the immense satisfaction of providing a decent livelihood for their family”. 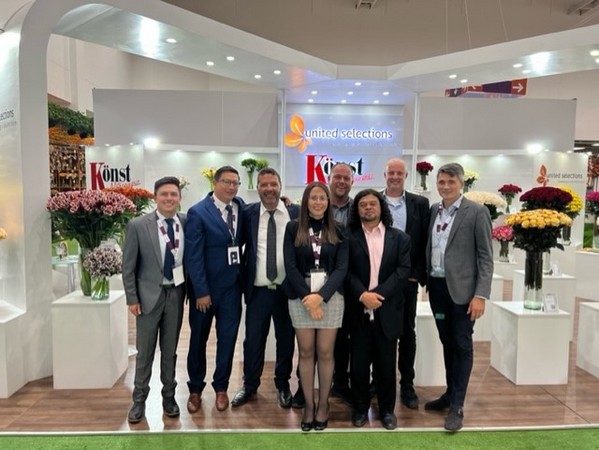 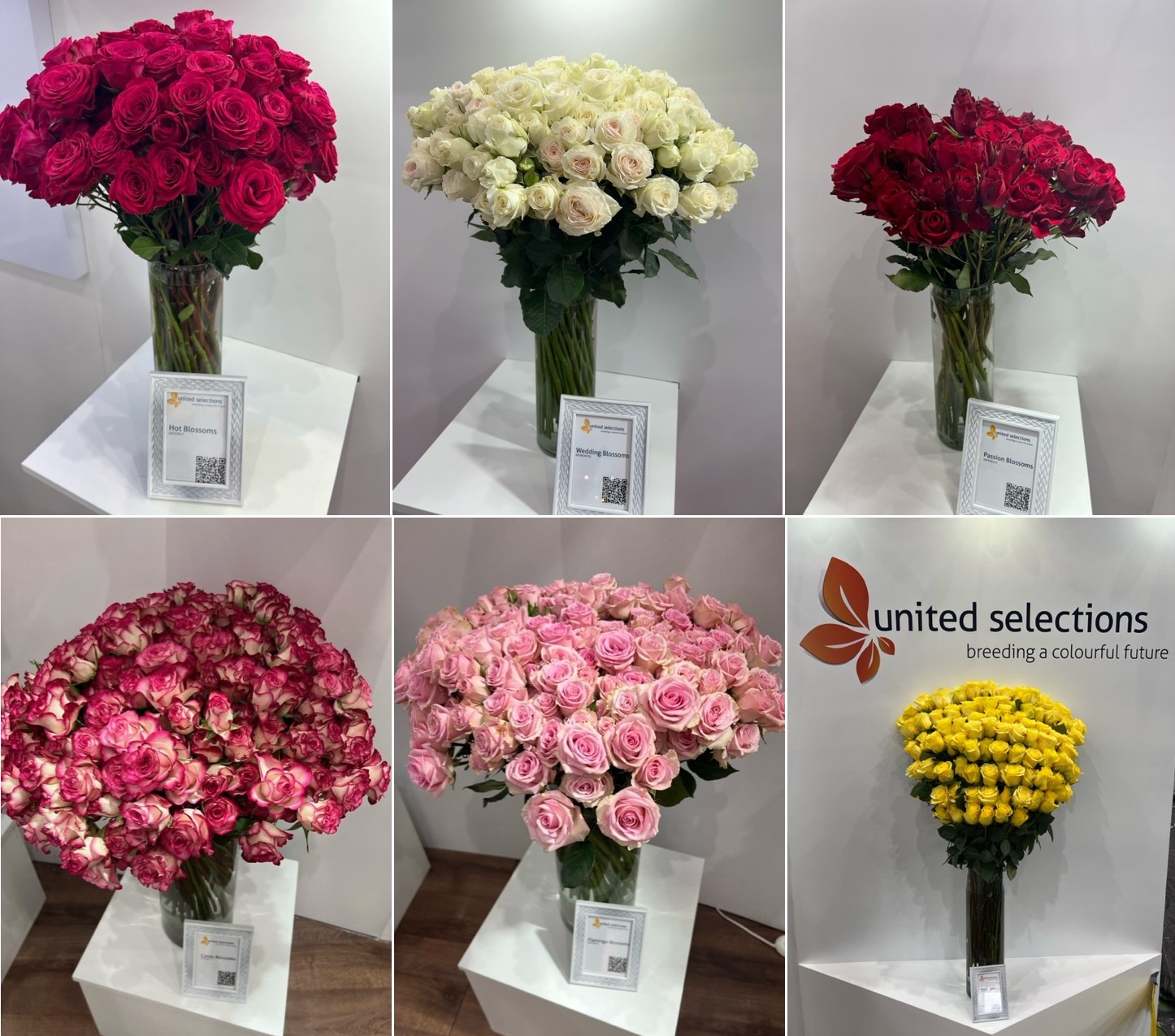 Some varieties that were on display at United Selections. Click here to enlarge the picture. 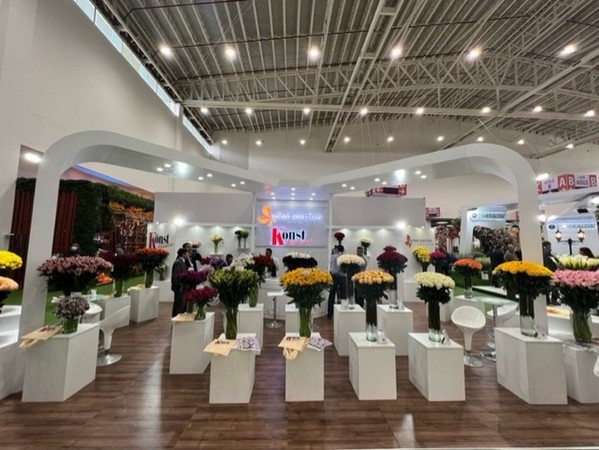 Future growth expected
Also in last week's article, the fact that the industry has grown over the years has been stressed. And more growth is expected. It is forecasted that the flower exports will grown 8% in 2022, reaching 1,000 million USD, Expoflores told Ecuador Times. And due to the hig h energy prices in Europe, forcing some growers to stop production in winter, it is expected that denmand for Ecuadorian flowers increase. Despite the flower exports could be higher in 2022, there are factors that prevent it. Click here to learn more and read the complete article at ecuadortimes.net.

Sector looking for more flexibility
Some of the main things the sector is looking for are greater flexibility in terms of working hours, professionalization, security and protection, greater incentives for formal farms, the implementation of a differentiated policy on imports to balance the logistics costs of shipments, and more commercial agreements. 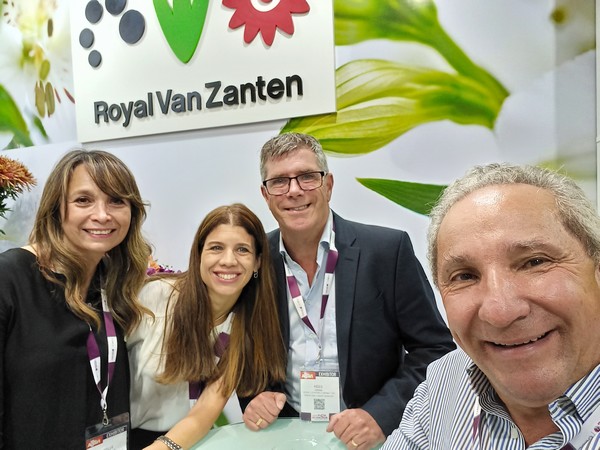 Becoming a completely carbon neutral sector
Expo Flor Eciador 2022 also announced important news for the sustainable development of the country. Expoflores has taken massive action towards creating carbon- neutrality on its farms, which is a milestone in the Ecuadorian flower industry and in the agricultural sector. The goal is to certify 100% of its farms by 2030, becoming a completely carbon neutral sector.

By doing so, Expoflores upholds its commitment to the country to promote economic, social and environmental development. The initiative also demonstrates the sector’s commitment to the Ecuadorian Government to support public policies related to productivity in the context of growing demands for environmental and social protection as well as incentives for the flower sector. 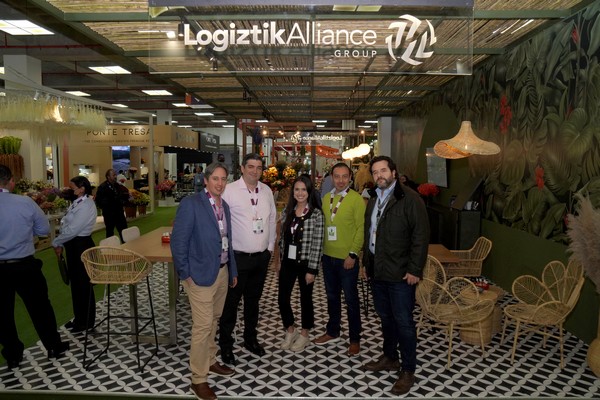 Part of the team of Logiztik Alliance Group 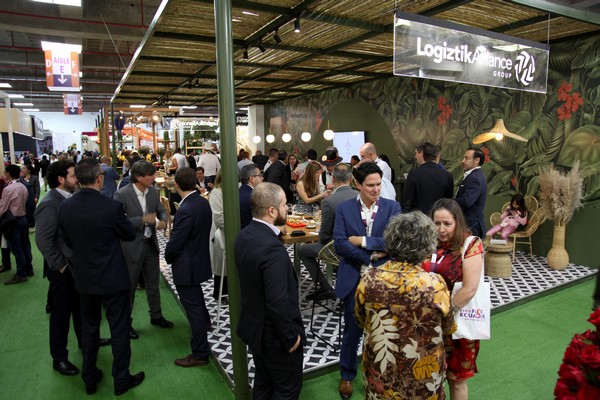 Crowded at the booth.

Eager who visited their booth, they had their own photographer, taking pictures of the smiling faces, below a selection to get an impression. 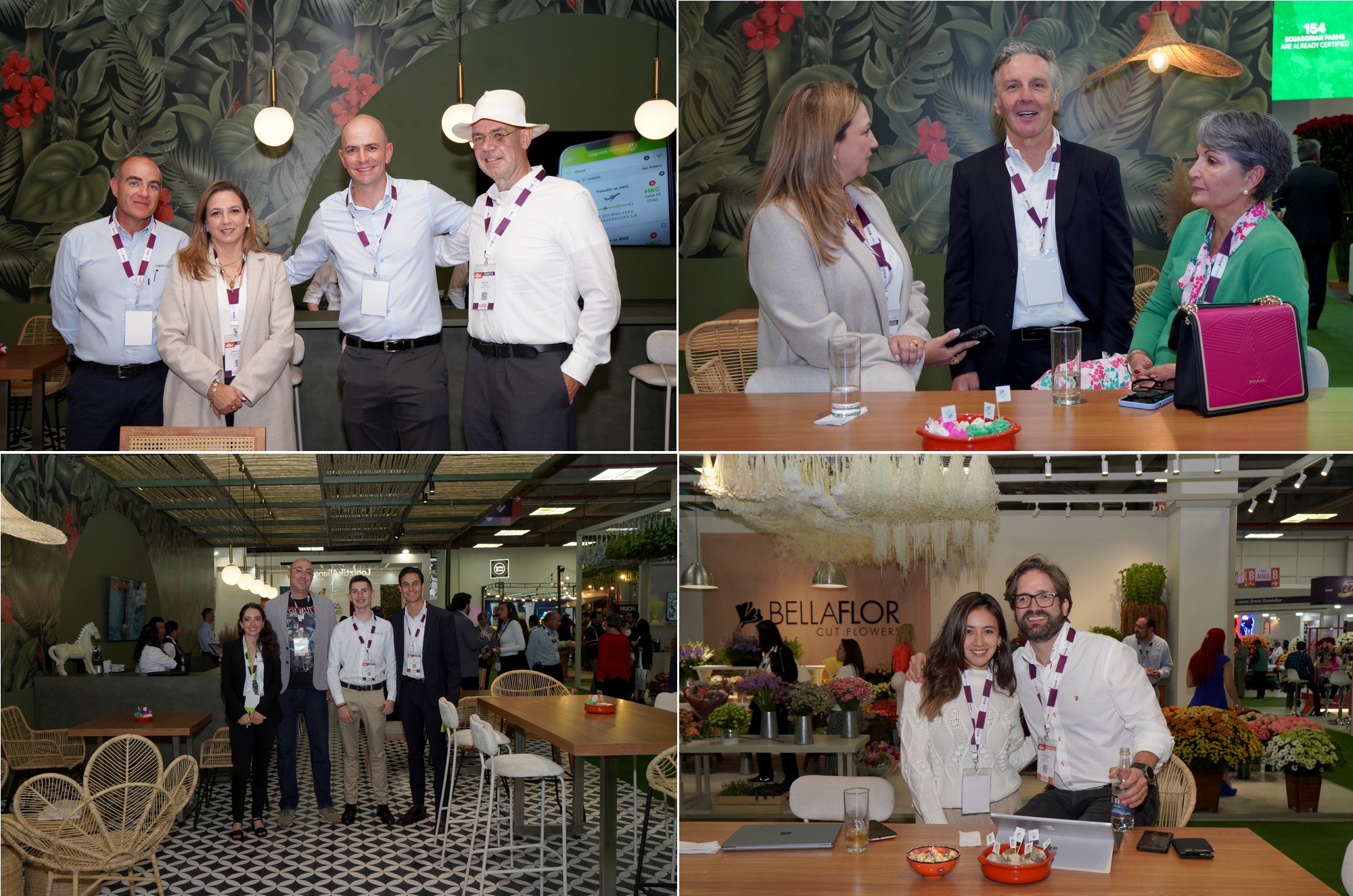 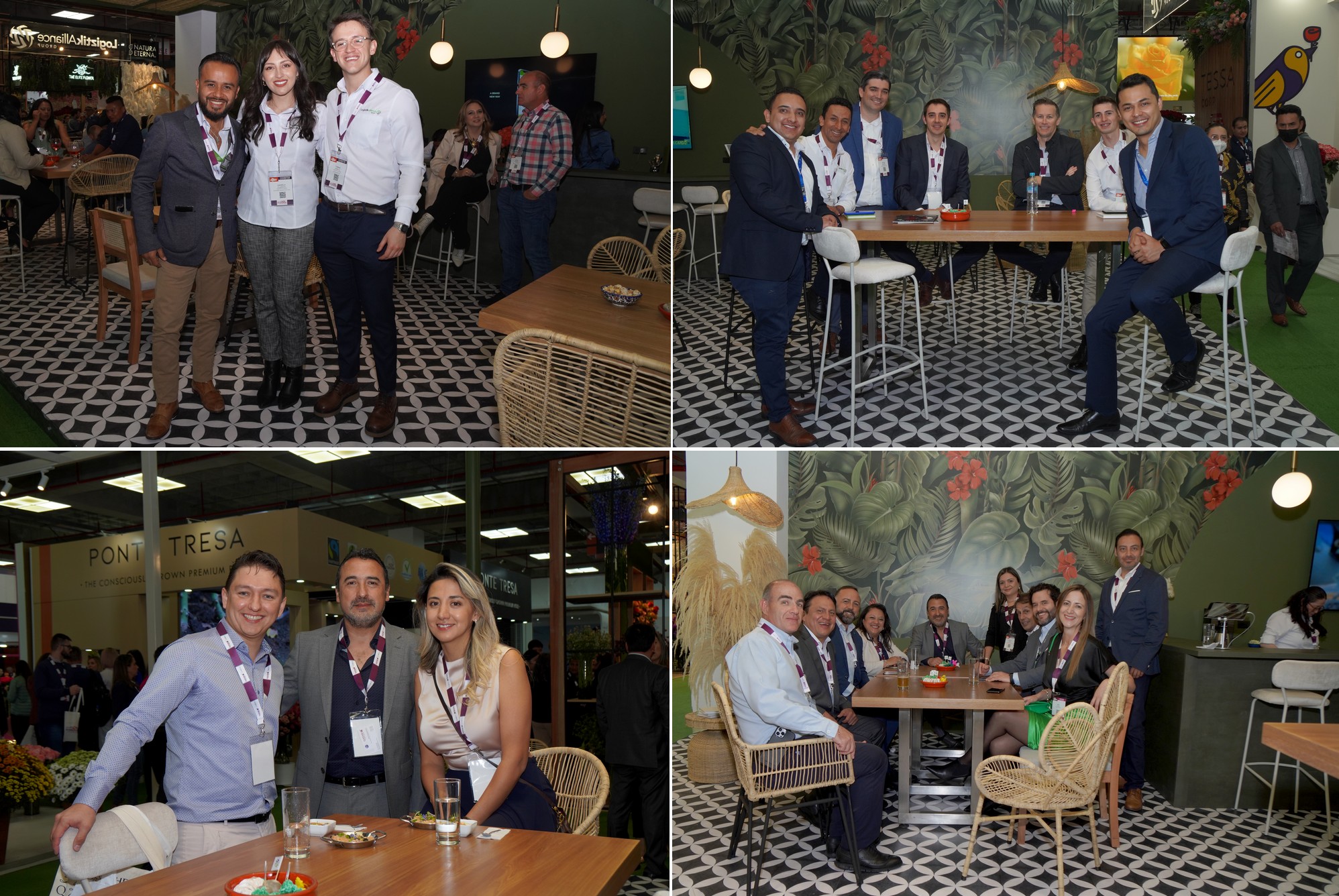 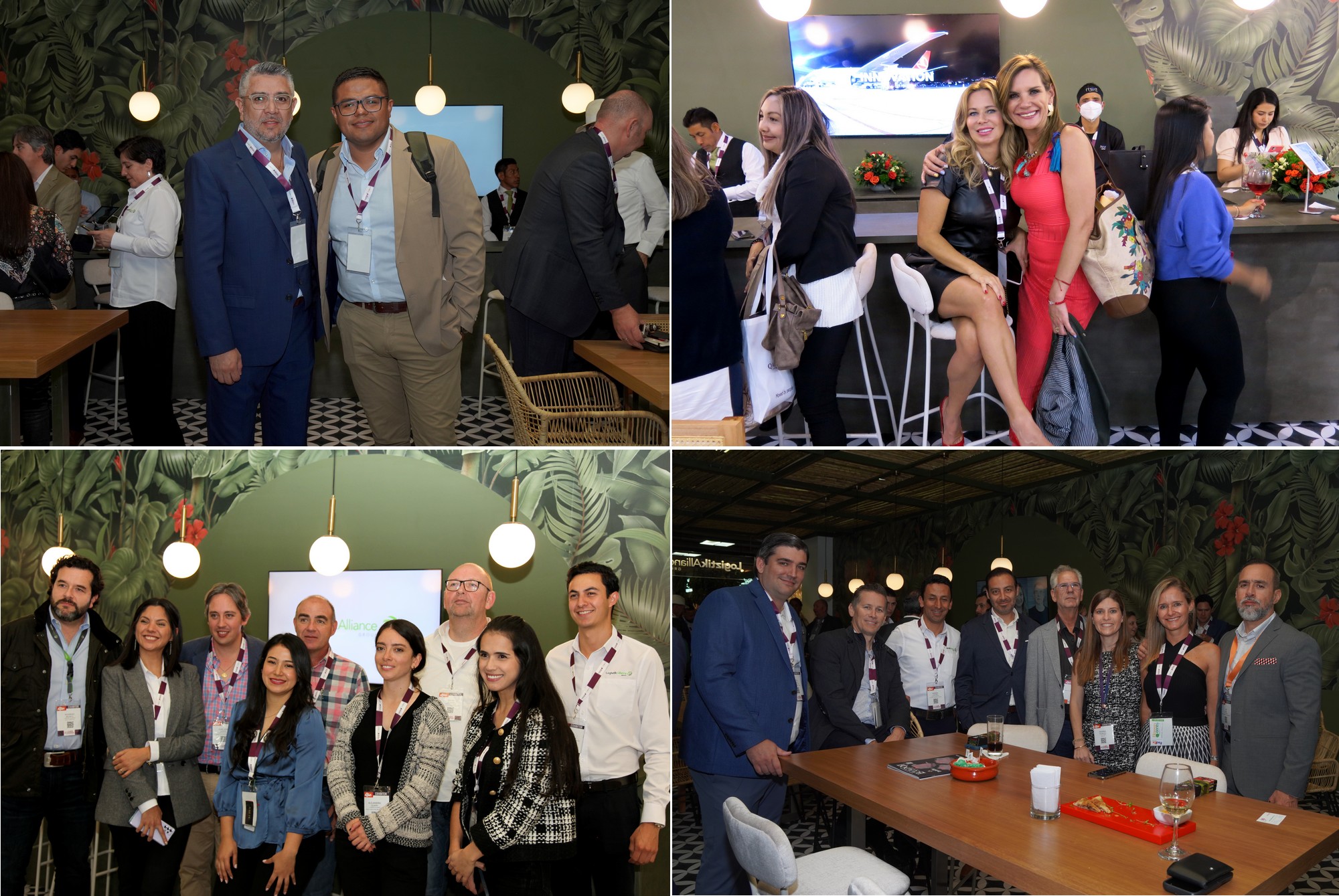 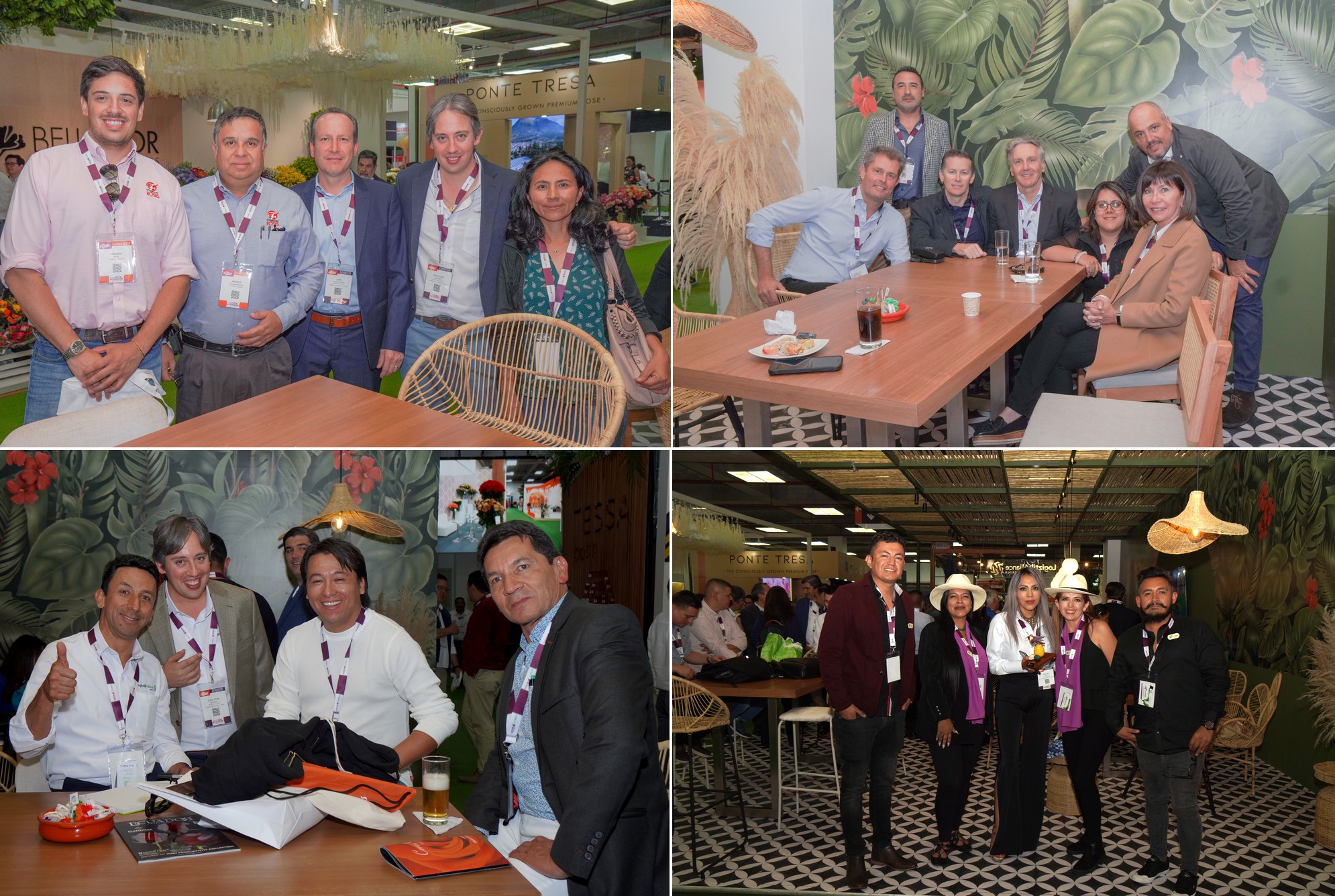 and more pictures have been sent in. Below from Global Aviation link: 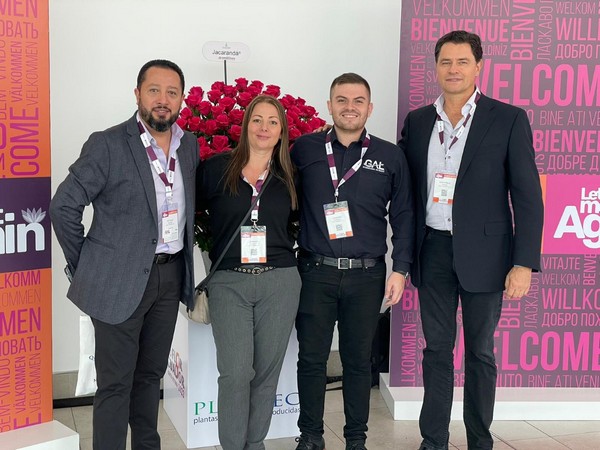 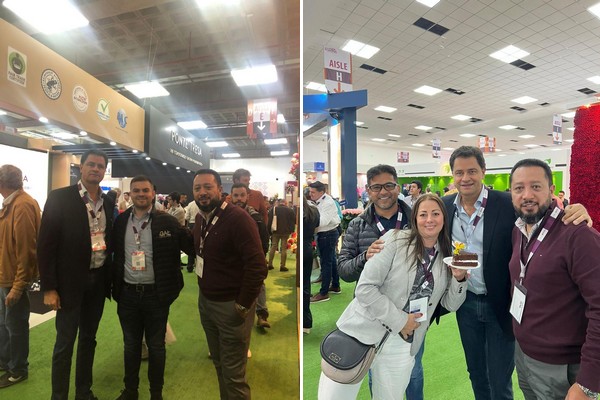 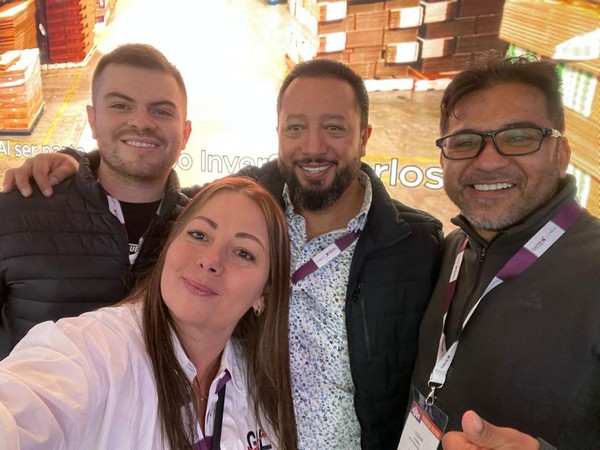 and Mayesh posted this video:

"Last week we had a team at the Expo Flor Ecuador - one of the world's greatest flower shows in Quito. David takes you on a tour of the showroom floor, visiting the growers' and breeders' booths showcasing a selection of beautiful flowers, displays, and new varieties that may be coming down the pipeline in the near future." 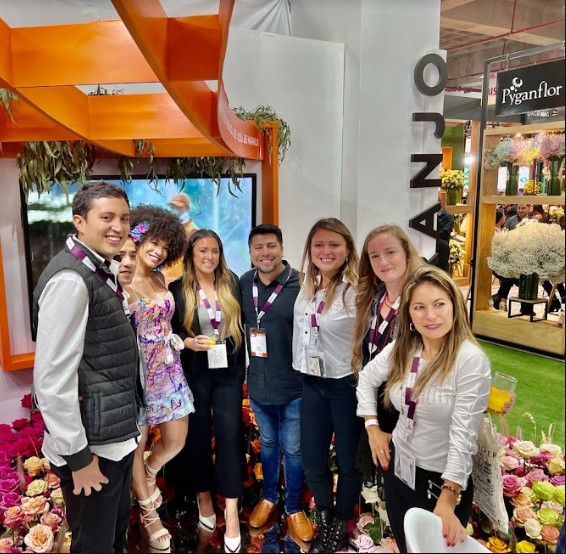 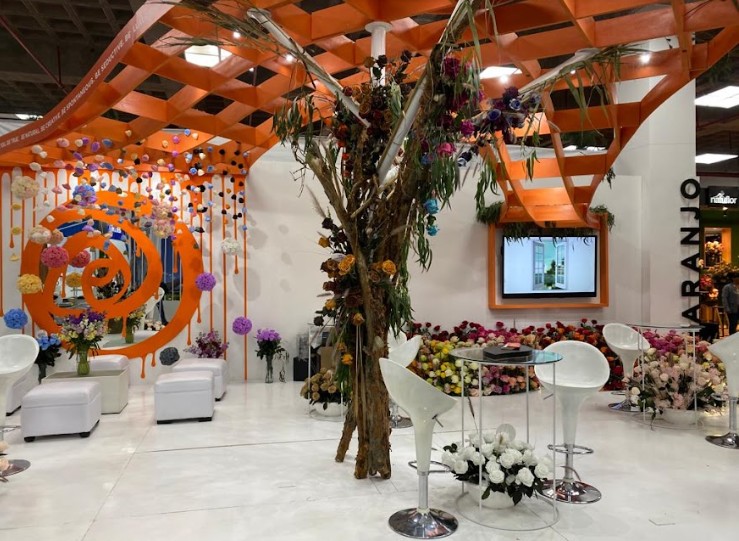 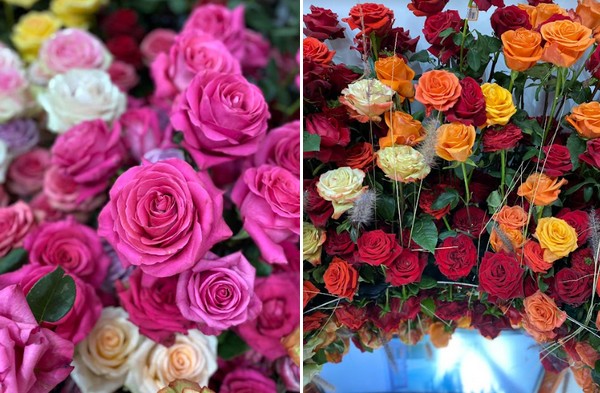 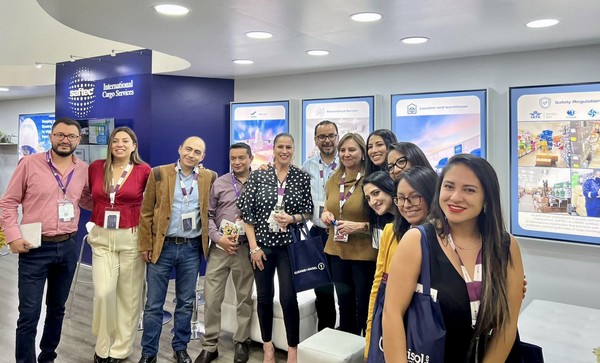 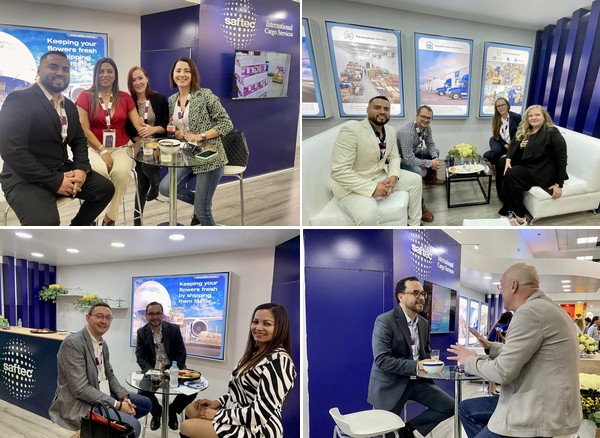 Send in your selfie!

Have you exhibited or visited the show? Feel free to send in your selfie and pictures of your team in front of the booth and on the exhibition floor. We will then include it in this article.You can send your photos to info@floraldaily.com