Photo Report of the IPM Essen 2016, the acquisition of Syngenta by ChemChina, the three Golden Medals of Fleuroselect and the announcement of Royal Flowers that they will start supplying Europe directly. These are the most interesting happenings from February 1-15: 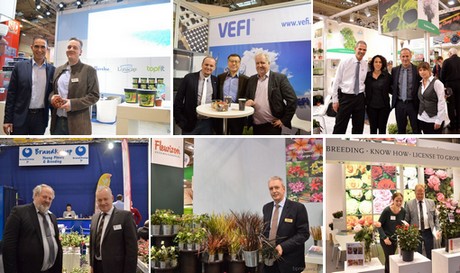 Photo Report IPM Essen 2016
Here they are; our photo reports of the 2016 edition of IPM Essen. With more than 57,200 visitors, the 34th edition of Europe's largest plant and flower exhibition again broke new records in terms of visitors. Our editors also broke a record with one of their largest photo reports ever. In total they shot more than 500 pictures, which can be found in the following two reports; FloralDaily - IPM Essen - Flowers and Plants and HortiDaily - IPM Essen 2016 Technology & Supplies

On February 2, Syngentaannounced that ChemChina has offered to acquire the company at US$ 465 per ordinary share plus a special dividend of CHF 5 to be paid conditional upon and prior to closing. The offer is equivalent to a Swiss franc value of CHF 480 per share. Syngenta shareholders will in addition receive the proposed ordinary dividend of CHF 11 in May 2016. It is planned to make a facility available for the conversion of US dollar sales proceeds into Swiss francs on closing. 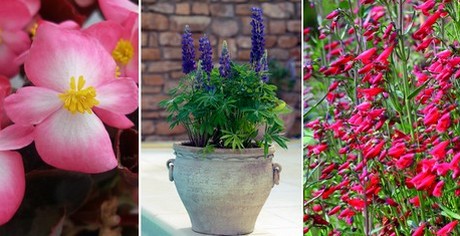 Fleuroselect announces three Gold Medals for 2017
Fleuroselect, the international organisation for the ornamental plants industry, proudly announces three new Gold Medal awards that will be available to the wholesale as of 2016 and in retail as of 2017. The Fleuroselect Gold Medal is awarded to new varieties that have been tested by Fleuroselect's expert and independent judges at trial grounds across Europe and proven to clearly supersede existing varieties in terms of breeding innovation and beauty. The gold medals are Begonia semperflorens SenatoriQ Rose Bicolour from breeder Sakata, the Lupinus polyphyllus Mini Gallery Blue from breeder HM.CLAUSE, and Penstemon barbatus Twizzle from Van Hemert & Co.

Royal Flowers to sell directly to Europe
Ecuadorian flower farm Royal Flowers have decided to sell their flowers directly to customers in Europe. From April 2016 on, they started delivering to the wholesalers in Austria, Hungary and Germany and later, they will expand to the Eastern part of Europe. "Direct sales will enable us to deliver fresher flowers and to have better communication with our customers, however, it also entails challenges," said Winfried Peters, Sales Director at Royal Flowers.