November 2016 started out with negative news from Uganda at Royal Van Zanten. Fortunately the month continued with positive news. Royal Flowers announced to put a new rose collection on the US market, a large Japanese grower expects to double their harvest with an Ultra-Clima greenhouse, the solar project at Red Land Roses was running. Of course, the election of Trump could not be missed this month. Below the overview: 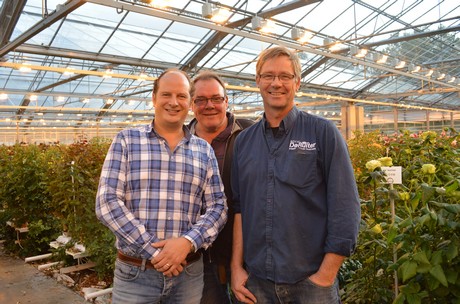 'Breeding is more than just creating new varieties'
Color, vase life, shape, production per m2 and size. These are some of the many characteristics breeders focus on when creating a new variety or enhancing an existing variety. But to become, and perhaps more importantly, remain a successful breeder, more is needed than supplying the market with the newest varieties. "One needs to create a demand throughout the chain", says Örjan Hulshof, Sales and Marketing Manager at rose breeding company Royal De Ruiter. 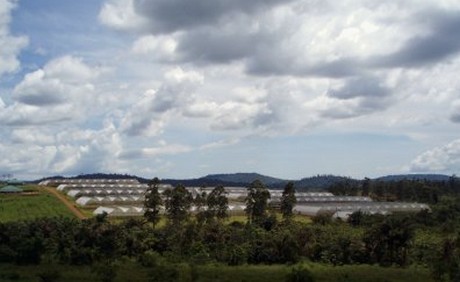 Unrest at Royal van Zanten locations in Uganda
Unrest at the production locations of Royal van Zanten in Uganda. Several employees of the company in Wakiso are reported to being treated in hospital for skin and breathing problems. This is said to be the result of them being exposed to toxic crop protection agents. Sylvia Nakamya, a local manager of the company, told Ugandan news outlet Daily Monitor that the workers possibly got in contact with a sulfuric substance. After application of this substance, which is used in the greenhouse to combat pests and other diseases, no one is allowed into the greenhouse for 5 days. Now though, that reportedly has occurred. 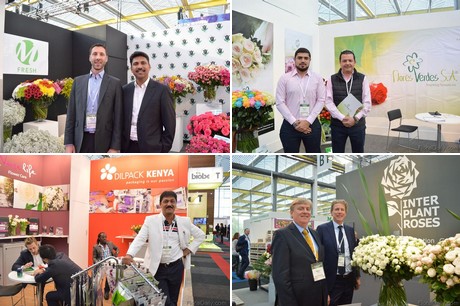 Photo Report: IFTF 2016
Breeders, growers, suppliers of greenhouses, techniques and supplies, cargo agencies and many more could be visited at the IFTF. And, as mentioned at the entrance, this three-day event showcased the floriculture chain from field to vase. Almost 25,000 national and international visitors were counted at the fair that consisted this year of 276 national and international exhibitors. Also FloralDaily and our Dutch colleagues of BPnieuws were present to make a photo report. And here it is. Click here for the entire photo report. 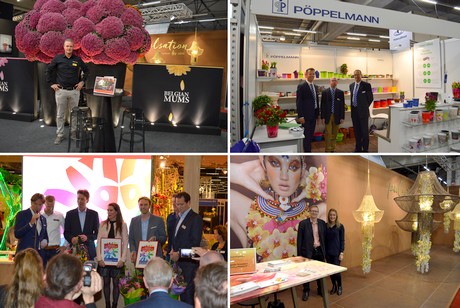 Photo Report: Flora Holland Trade Fair 2016
In November 2016, we have had a busy week in Holland. From the second to the forth of November not only the IFTF was organized, also the Royal FloraHolland Trade Fair took place. This fair, mostly meant to provide a stage for all member of the auction, attracted over 16.000 visitors this year. This is more than ever before. Click here for our photo report 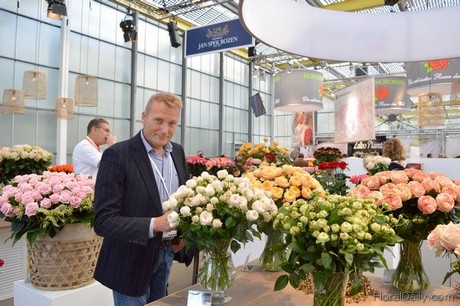 Royal Flowers to put new rose collection on US market
A new garden type rose collection, called Pride of Jane®, with matching P.O.S. material will be put on the US market by Ecuadorian rose grower group Royal Flowers in 2017. "Next year will be the year of Jane Austen, the one this collection is named after, so it's the perfect time to launch it", says Erik Spek, director of Jan Spek Rozen. 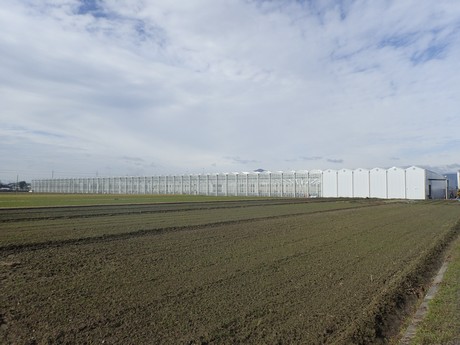 Japanese rose grower expects to double harvest in Ultra-Clima
A remarkable Ultra-Clima greenhouse in Japan: KUBO is building (final stage) a 1.5-hectare project for Kunieda Rose. It is remarkable because for a change it’s not for tomatoes but for roses instead. Thanks to the expansion, the company has not only tripled in size, it has also taken a step forwards in terms of sustainable technology. 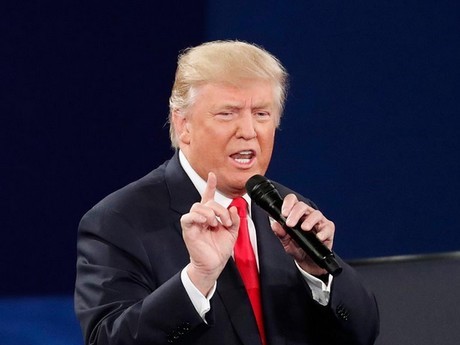 Ornamental industry responds to Trump's election
The American citizens have spoken: Donald Trump will be inaugurated on January 20 as the new president of the US. Protectionist politics was one of the pillars of his election campaign, and re-negotiations with NAFTA partners Canada and Mexico could result in America withdrawing from the deal, he has said. But what would this mean for international trade with the US? The flower business, for example. 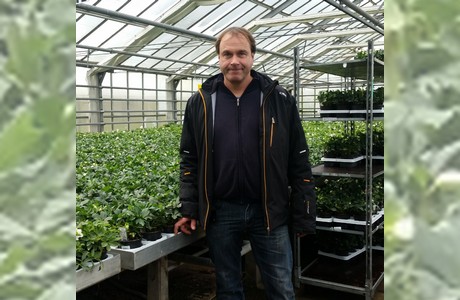 'In-the-shelf flowering sedums highly demanded'
Today's consumer likes to buy their plants already flowering. But this can't always be achieved with sedum plants: many varieties do not flower in the shelves, since their flower stems often break during transport. For this reason, breeders are continuously investing in enhancing sedum varieties in this aspect, and growers are noticing the benefits. The top selling products in the sedum assortment of German perennial grower Manfred Heekeren of Jacob und Heekeren Staudenkulturen, for example, are the in-the-shelf flowering varieties. 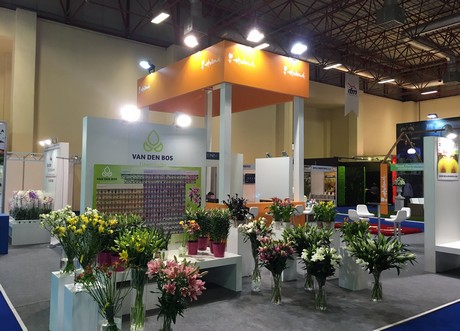 Turkey: Eurasia Plant Fair/ Flower Show kicks off
The Eurasia Plant Fair/Flower Show kicked off on November 24. At this 8th edition, the latest products of nearly 300 global suppliers are on display. And before the show took off, exhibitors already posted pictures on their social media pages. Click here to view the photo's. Click here to view the photo's. 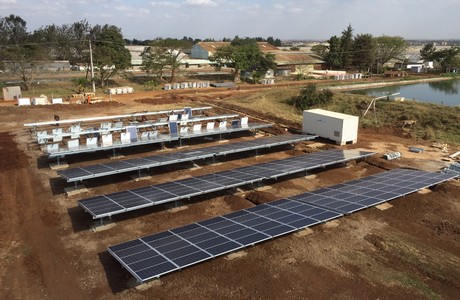 Kenya: Red Lands Roses puts operations under solar energy
Red Lands Roses' solar energy project is up and running. Since mid-September, French developer Urbasolar had been busy constructing the system. It was completed in early October, and on December 16, the official launch event is planned. 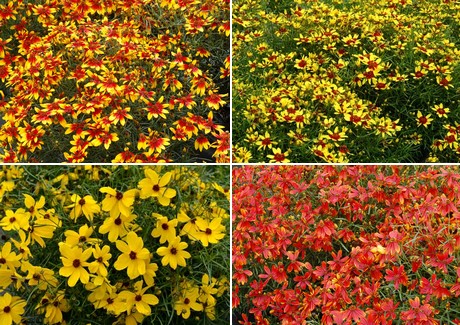 'Coreopsis verticillata about to lose bad reputation'
The Coreoposis verticillata have had a bad reputation for many years in Germany, but there might be light at the end of the tunnel. This year, German perennial grower Stephan Plesse of dieter denzer gartenbau, supplied the first varieties to one of Germany's major garden centers, and they are eager to put them in their stores again next season. "After having had bad experiences for many years, we all had to be convinced to put this variety on the market again. Fortunately, the results were very pleasing." 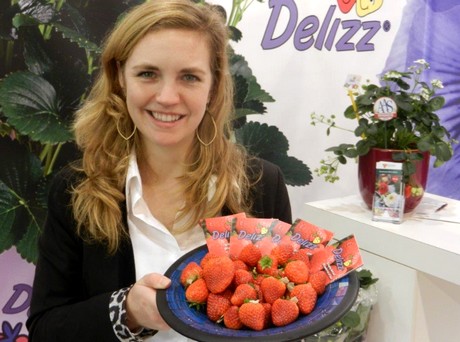 Strawberry Delizz to be grown in Iran
They do not know yet, but next year several Iranian mothers will receive a strawberry plant from their son or daughter. The Dutch breeder ABZ Seeds supplied its first Delizz®-strawberry seeds to an Iran distributor. ABZ's Director Gé Bentvelsen explains more about the international developments of this variety.