The fifth edition of Myplant & Garden is almost upon us. From February 20-22, the doors of Fiera Milano-Rho will open again where more than 650 exhibitors will present their products and services on an area of 45,000m2. Over the years, the show has grown considerably, as well as the Italian horticulture. Below more statistics on the growth of the industry in Italy.

After spreading some information regarding the trends and perspectives of the Italian gardening market that will be presented in detail during the fair thanks to the cooperation of Euromonitor International, the International Green Expo gladly welcomes the data regarding horticulture, as they have been published in the almanac of Italian agriculture in 2017 – edited by Crea, the council for agriculture and the analysis of agricultural economics.

The value of Italian production of flowers and plants has been estimated at 2.54 billion Euro, 4.6% of the Italian agriculture production at basic prices. After the contraction of the last decade (13%), with the sole exception of nursery plants, 2017 has registered a new trend: production has grown by 3.6% thanks to the sale of potted plants (+3.4%) and nursery items (+3.8%). Cane poles and wicker, on the contrary, have still registered a decrease. If we add to this the residual numbers derived by pots (173 million Euro), seeds (ND) and soils (26.5 million Euro) and substrates (67 million Euro), the typical Istat sums are beaten (approx 3 billion Euro). 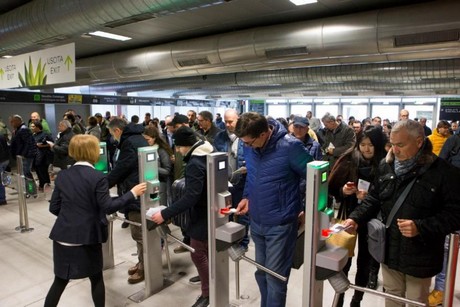 “The last market data", say the organisers, "including the projections of the gardening section, are comforting. Italian horticulture, which is admired from abroad, is once more the protagonist of global markets. 2017 has been a great year, with a record in exports and a solid trade balance. Not to mention that 2018 started on a positive note as well. At Myplant many businesses have taught us not only what their job is, but also how they deal with a network of interests and orders on a scale that has slightly changed if compared to the past, also thanks to the investments that keep an eye on image, approach and product. We are glad that there is more oxygen also for the floristry compartment. Myplant has given a push to Italian flower markets within the fair, and it has put them side by side to international masters of floristry. This has helped producers to be encouraged and to move forward to internationality.”

Horticulture has shown signs of growth in the last 2 years. In 2017 the growth has been of 10% in exports, with a landmark record of 822 Million Euro of sales abroad (832 according to Coldiretti). The trade balance was very positive as well: +283 Million Euro. The beginning of 2018 has confirmed this trend: exports in January have grown by 21.5%.

The almanac – according to data of the gardening research – foresees a good sales trend for plants and flowers thanks both to the habits of the population over 60 years old and to the “green sensibility” that characterises the millennials.

Horticulture in the world
According to the data in the almanac, the global production in horticulture has been close to 65,000 million Euro, 55% of which was constituted by the production of flowers and potted plants (approximately 300,000 businesses on 650,000 ha) and 45% by nursery products (approximately 70,000 businesses on 1,110,000 ha). The bulb market has been marginal (located mainly in the Netherlands). The total acreage is 1,800,000 ha with nearly 380,000 businesses. The data spread by AIPH confirm the continental pole position in production of the Netherlands, Italy, France and Germany.

More than 200 official international buyer delegations, 120 distinct organisations, 48 nationalities from Europe, Asia, Africa and America, institutions for greenery and urban planning from 11 Italian provinces, city councils from Switzerland and Portugal, managers of parks, gardens and national parks from 12 Italian provinces and the Vatican, hotel managers from central and northern Italy, sports associations from Lombardy, GDS representatives from Italy and abroad, luxury hotels around Europe: these are the confirmed participants at the next edition of Myplant & Garden thanks to the combined efforts of the organisation with specialised agencies, Fiera Milano and ICE.