"There are simply no better cuttings than cuttings from Uganda"

A couple of months ago, we had a talk with the team at Hendriksen. In the midst of the pandemic, they were building a new facility in Hazerswoude Dorp (Netherlands) and according to plan, the facility was completed before summer. The new facility was needed because, on the one hand, the old one wasn't sufficient anymore and on the other hand, this new facility will enable them to meet the continuously increasing demand for cuttings. 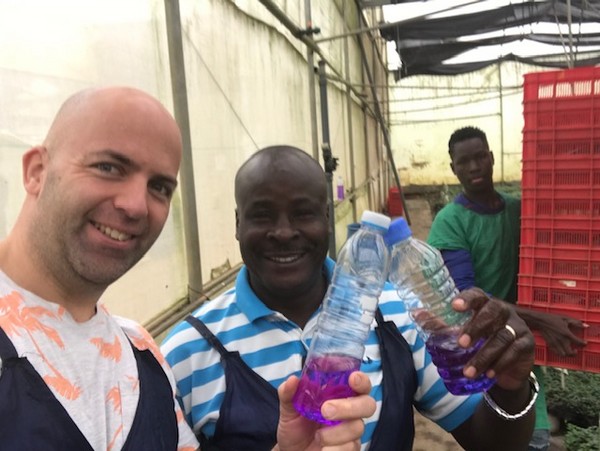 With the completion of the facility, the facilitating conditions so to speak are provided, but that is not the heart of the matter. The cutting itself, the actual product and the core that it's all about, is a story on its own, and some great news can be shared from this side as well. "You have to invest in challenging times", says Managing Director Simon Hendriksen. "In the previous crisis, we saw this at other companies and most of them benefited from that decision in the longer term. That's why we have expanded the production area of our plant material in Uganda by 2.5 to 3 hectares of greenhouse." 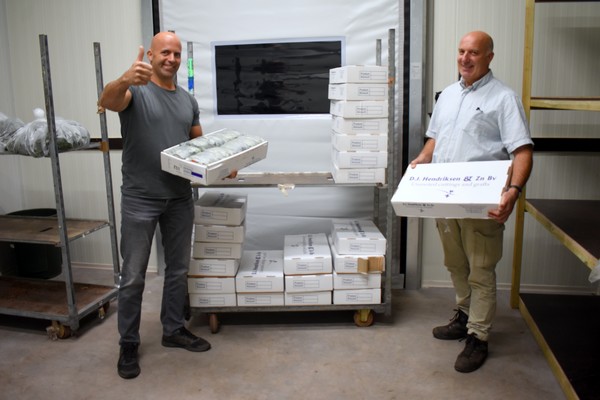 There are no better cuttings than cuttings from Uganda. Simon and his colleagues are convinced of this by now, although they weren't at first. "In the first years of this century, we saw traditional trade in winter cuttings dropping and then it didn't go well with the boxwood either. We did not know what to do, so we had to take a broader view regarding the assortment and production. The idea to start in Africa came up, but at that time it was still quite expensive and quite exclusive. Also, the market was different at that time, it was still unknown, so to speak, growers weren't ready yet. But the idea kept coming back. We even went to South Africa once, but didn't take any steps afterwards". 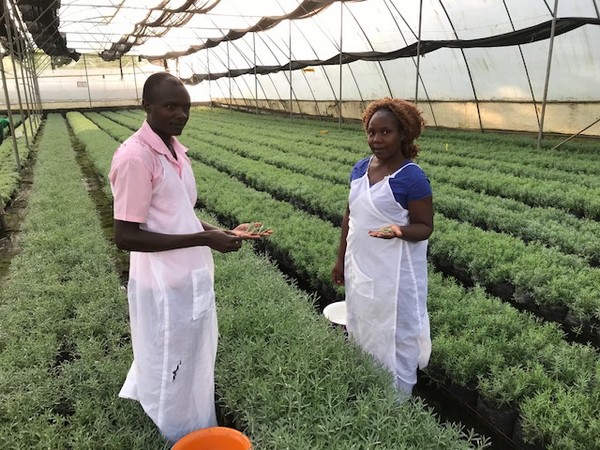 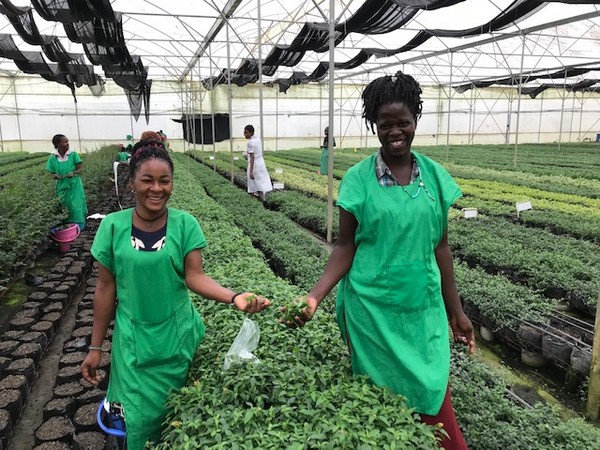 "Then, I received an email from JP Cuttings. "Cuttings from Uganda, isn't that something for you? I wasn't interested at first, till they asked it again. And the conversation started... What do we have to lose? Then they explained us what it was like there. While I had certain products available once a year, they could harvest all year round. They were able to plan ahead and place orders right up to the week in advance. Moreover, the quality was excellent, which we discovered ourselves soon after. The growth power is in the product and it roots directly at the customer. It was all completely different from what we were used to. With lavender, for example, we delivered cuttings in the autumn, but there usually was a loss of 10 percent. Then at the customer, the plant has to hibernate, where another 20 percent gets lost. Then, when the grower goes into production in the spring a part of the cuttings aren't growing well. Now we have a success rate of 99% and the cutting immediately grows into a beautiful plant". 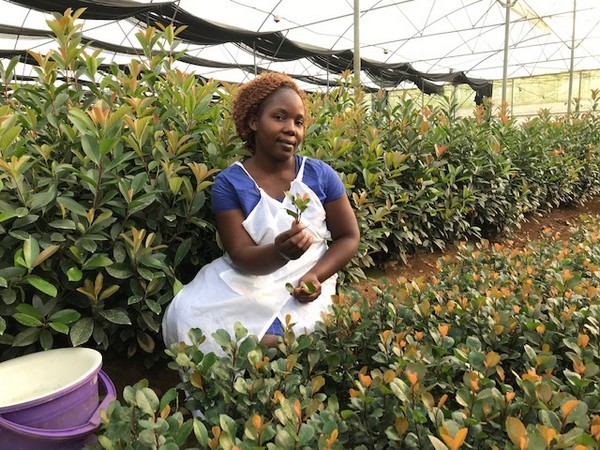 "We were quickly convinced and now it was a matter of getting our customers excited and looking for new customers. Once they saw the benefits, they returned more often and asked for ever-increasing amounts. Those advantages are obvious: not those (heating) costs, not those breakdowns, stronger material, and also a lot of freedom to plan more and more efficiently". 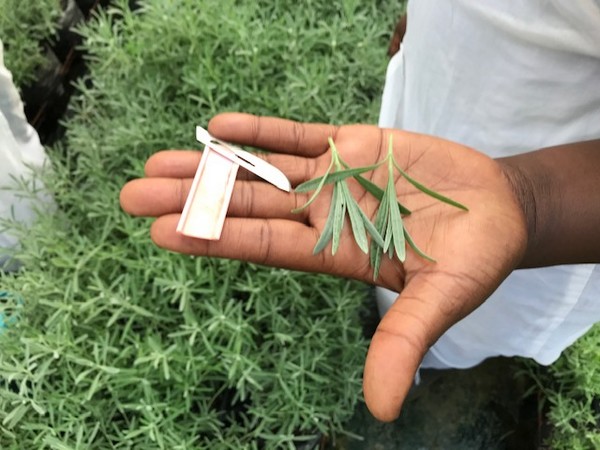 Uganda
In Uganda, they developed over the years. "We started with a small wooden greenhouse that regularly collapsed. Then we ended up at JB Cutting, a company that produces cuttings for a number of other parties, and we now rent three hectares of a solid greenhouse there. The plant material that is produced there is so strong in the first place because the climate is ideal. It's constantly 25, 30 degrees, the light on the equator, the weather is always the same. That doesn't even apply to Kenya, where you do have seasons, and certainly not to the Netherlands, where a week of northern winds can actually throw a spanner in the works. Moreover, the cultivation is easier to keep clean. Some pests can cause more pressure, but biological protection, which keeps better with heat, is also easier to use. In addition, all greenhouses are equipped with insect netting, which basically keeps everything inside. Although fully organic is not (yet) possible, we can therefore also supply very clean material. And that's super important, because a good start is half the work. Finally, the quality is extra guaranteed, because it simply requires more work and attention. While Dutch cuttings still need to be made the right size by the grower himself, this has already been done here, and there is also more time and space to work neatly and to deliver a uniform product". 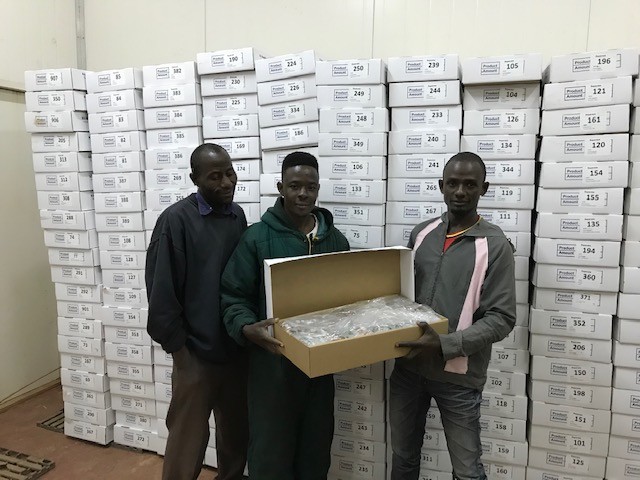 2020 is not going to be a great year, in March Hendriksen was left with material. The buffer has now shrunk considerably, but the situation is almost normal again. "At the same time, we have products that are already sold out for the first 30 weeks of next year," Simon concludes. "We have gold in our hands, the quality of which is practically unrivalled here. Some customers were not interested at first but came back when we showed the quality of the product. That's not to boast, I'm really not the best grower, but we do have the best people, the best climate and the best starting material". 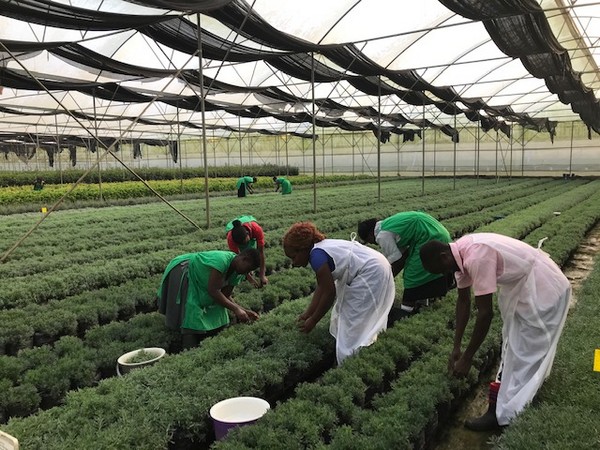