January 2016. The beginning of this month is marked by Dutch tree nursery Ebben winning the Horticultural Entrepreneur Award, Nasa growing Zinnias in space and Preesman and DLV Plant and GreenQ changing their names, Worldwide Cargo announcing the building of a new vacuum cooled facility in Miami, an overview of IPM novelities and a large fire in a German greenhouse. Below the overview.

Astronauts successfully grow zinnia flowers
The astronauts stationed at the International Space Station could stop and smell the flowers as zinnias are reportedly blooming in outer space in January. NASA's Vegetable Production System project, aka Veggie, was now growing zinnias.

Dutch Tree Nursery Ebben wins Horticultural Entrepreneur Award 2016
The Dutch Tree Nursery Ebben won the Horticultural Entrepreneur Award 2016. And for this entire year, this entrepreneur could call himself the ambassador of the Dutch horticulture sector. The festive and well attended ceremony, which took place on January 6th, was also attended by Her Majesty Queen Máxima. Click here for an impression of the day!

ry 8th, Preesman changed its name to United Selections. With immediate effect, direct subsidiaries have been renamed. And a couple of weeks later also DLV Plant and GreenQ decided to change their name. "The merging of DLV Plant and GreenQ, combined with their increased activities and the changing market conditions was the reason for a new name: Delphy."

Worldwide Cargo Logistics to open vacuum cooled facility in Miami
Worldwide Cargo Logistics & Cargo Logistics Group announced that they will open a new facility in Miami, which will enable them to deliver fresher flowers. "The facility will have a vacuum cooling system which will extend the shelf life of flowers with 1.5 days, on average. We are quite exited as this will be the first facility with such a system in Miami," explains Pedro Utreras CEO of the freight forwarding company, that owns operations in Ecuador (Quito), Colombia, (Bogota and Medellin) and USA (Miami and Los Angeles). 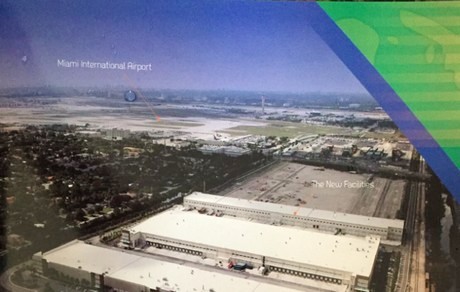 What to expect at IPM Essen 2016?
The IPM Essen a great occasion to showcase your innovations. This exhibition is usually being held at the end of January and in 2016 it was too. So, before this large show, many companies gave a preview of what they will be showing at the show. Therefore, we made an overview of the products that would be on display later that month. 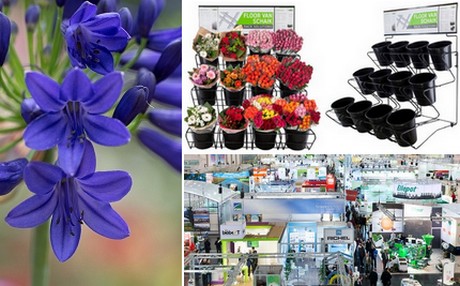 ny: Large greenhouse fire causes 75,000 euros of damage
A large fire in a greenhouse in Möckmühler, Germany, which broke out on January 7, caused damages of an estimated 75,000 euros. The cause of the fire was probably a defect in one of the fan heaters of the 800 m2 sized greenhouse.