After publishing the entire Photo Report of the Flowertrails on June 15 2015, we highlighted some novelties presented by the 49 participating companies in five articles in the second part of June. In the first article we highlighted the novelties of Florist, Flora Cultura, Anthura, Sakata Ornamentals, Bos Flowerbulbs, Selecta Klemm, Schoneveld Breeding, Lily Looks, KP Holland, Rijnplant, Armada, Sion, Fides. In the second article, the novelties of Florensis, Benary, Schneider, Varinova, Brandkamp and Dalina were highlighted. The novelties of Royal van Zanten, Danziger, Horteve Breeding, Morel Diffusion, Takii Seeds, Evanthia, Flora Nova, Thompson Morgan and Hilverda Kooij were featured in the third article and Volmary, DHM, Hishtil, Prudac, Cohen, Butterfly Garden, Jaldety, GGG Grünewald, Beekenkamp in the fourth article. The fifth article consisted of the companies that were exhibiting their novelties in both the Netherlands and Germany and in Germany only: Selecta Klemm, Dümmen Orange, Geranien Endisch, PAC-Elsner, Kientzler and Westhoff.

Growing demand in China for high-tech mobile container systems
Further in this month, we saw a growing demand for techniques. China is playing an increasingly important role in floriculture. The horticulturalists in Shanghai have no shortage of interest from China. A few years ago, this country set about increasing its knowledge of horticulture. And now the next step: improving its horticultural technology. The Chinese are doing this quickly. They have already switched from ground cultivation to robotised mobile container systems. They skipped the in-between step and chose high-tech cultivation. 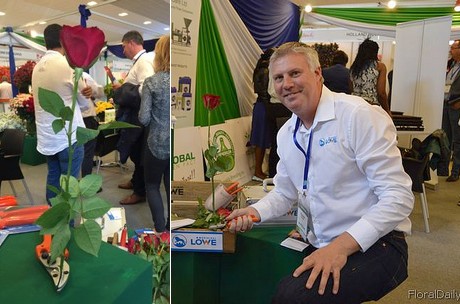 "Healthier hands with the new Cut and Hold cuttter"
In the beginning of June Original LOWE, a German supplier of professional pruners and cutters, took the first steps to expands its markets. They participated in the IFEX in Nairobi, Kenya and presented their new cutter which was especially designed for this market, namely the Cut and Hold. This cutter makes it easier to harvest roses. "It is all in the word. The cutter cuts the rose and holds it. All in one movement. It enables the workers to work faster and more precisely and the amount of damaged roses due to dropping on the ground can be minimized," says Kibbel in an interview about this new cutter. 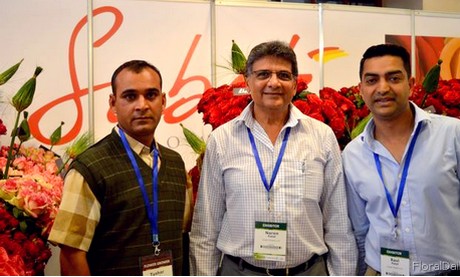 "Unrest in Russia made us change markets"
Due to the unrest in Russia, many flower growers had to deal with some challenging times. Also the Kenyan grower Subati Flower. "We have had better days," says Ravi Patel of Subati Flowers, a Kenyan rose farm. They used to sell the majority of their roses to Russia, but due to the devaluation of the ruble they have had to change markets. After 7 years supplying the Russian market, they started to increase their sales to Australia and the Middle East. "Consequently we also have to deal with different preferences," he says. 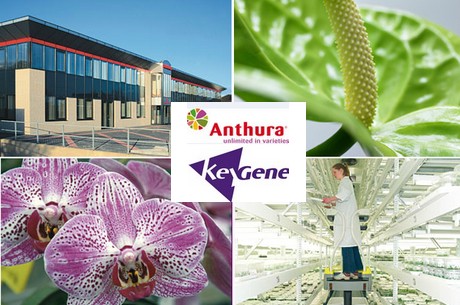 Anthura and KeyGene enter long term strategic collaboration in Anthurium and Orchids
On June 23, Anthura BV and Keygene N.V. announced that they have entered into a long term strategic collaboration in Anthurium and Orchids breeding. KeyGene is a global leading molecular genetics company devoted to crop innovation. This collaboration is an extension of the successful multiyear service based collaboration between Anthura and KeyGene. The agreement enables both companies to effectively combine forces to create attractive novel traits and varieties faster as well as further increase efficiencies in the breeding operation.

Royal Brinkman to begin operations in Australia
In substantiation of the general motto “Local for Local”, in June 2015, Royal Brinkman announced its plans to establish a local organisation in Australia. The intensification of its Australian operations follows the company’s ambitions for international expansion. Brinkman Australia Pty Ltd opened its doors on 1 July 2015.

Fear extension Russian boycott for Dutch flowers
In June 2015, the fear regarding the extension of the Russian boycott for flowers arose. Will Russia also boycott the Dutch flowers? In a response to extension of EU sanctions, Putin wanted to prolong and expand its food embargo. The restrictions at that time were prolonged by twelve months and new products would be banned. According to different media, Russia was considering banning Belgian chocolate and Dutch flowers. However, a couple of days later, it became clear that this feared ban would not be implemented. 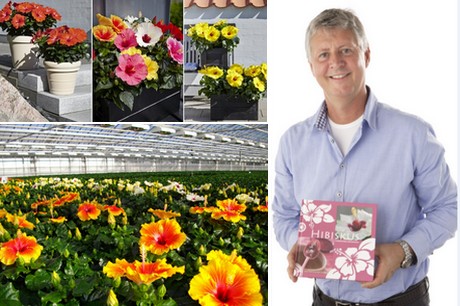 Spring 2015: "Good hibiscus sales in Denmark"
"The hibiscus is on the rise. Spring 2015 was very good for the HibisQs® sales. The weather was beneficial, our new order producing strategy was effective and we are starting to see an increasing demand from the younger customers. This has all made this season so successful," says Poul Graff, owner of GRAFF, a danish breeder and grower of hibiscus.